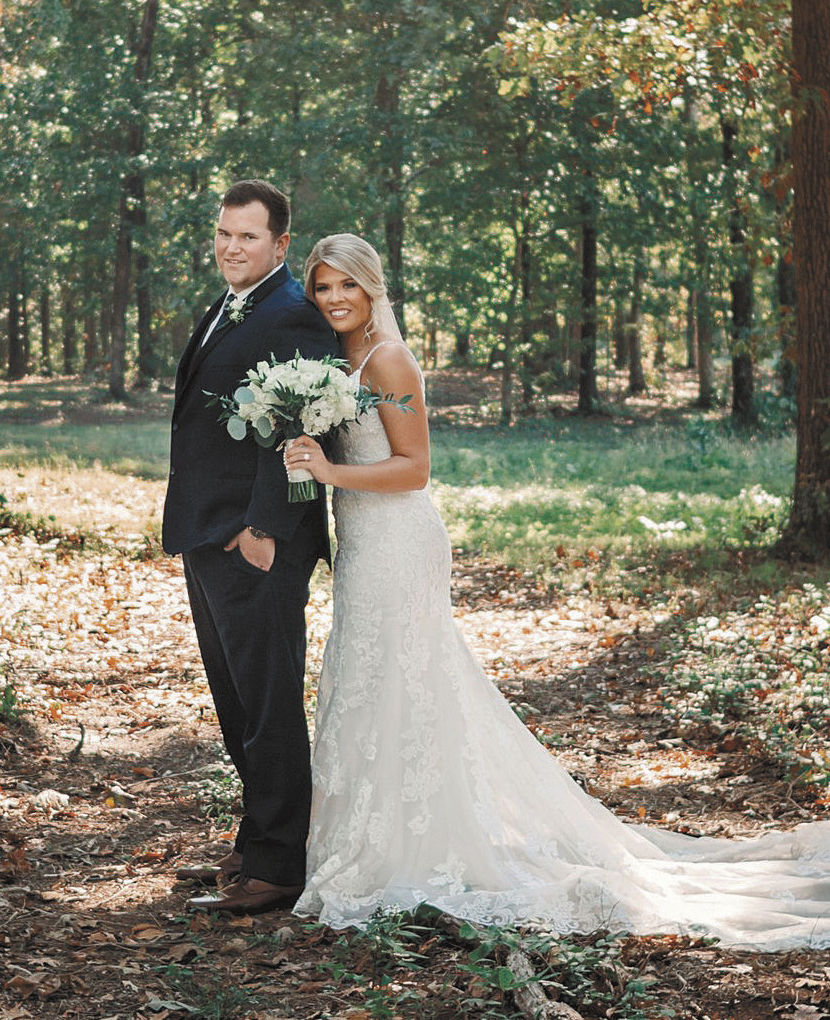 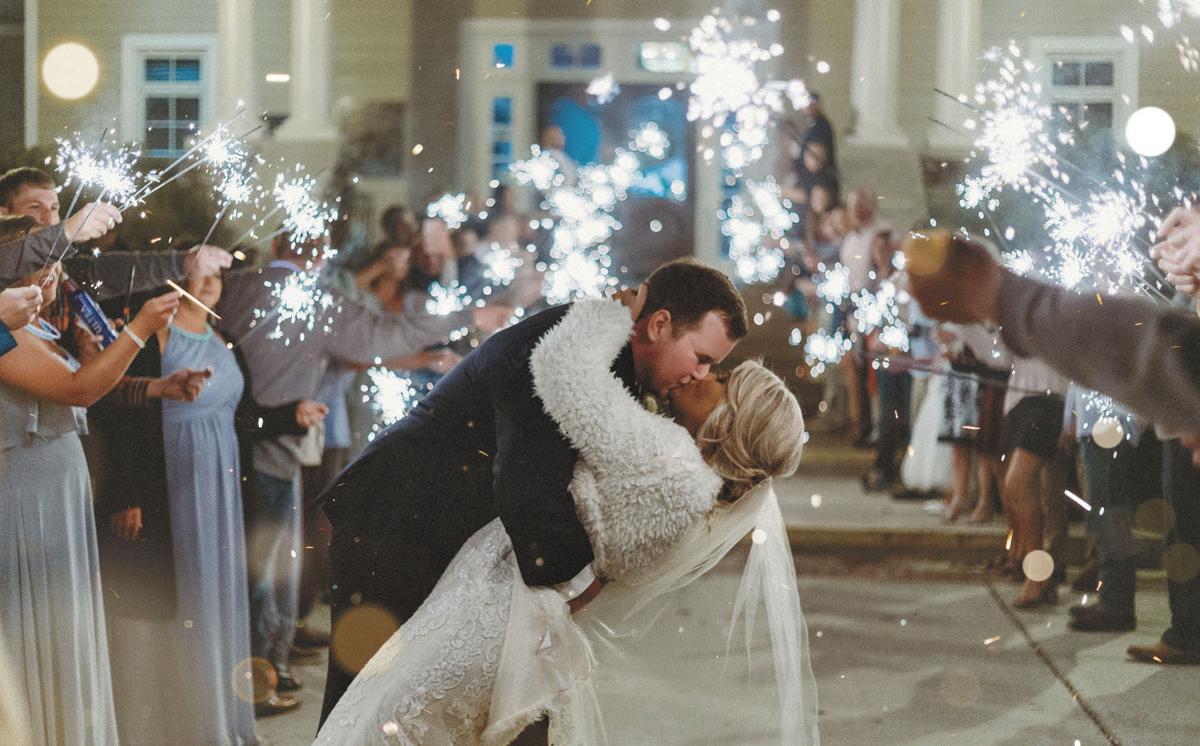 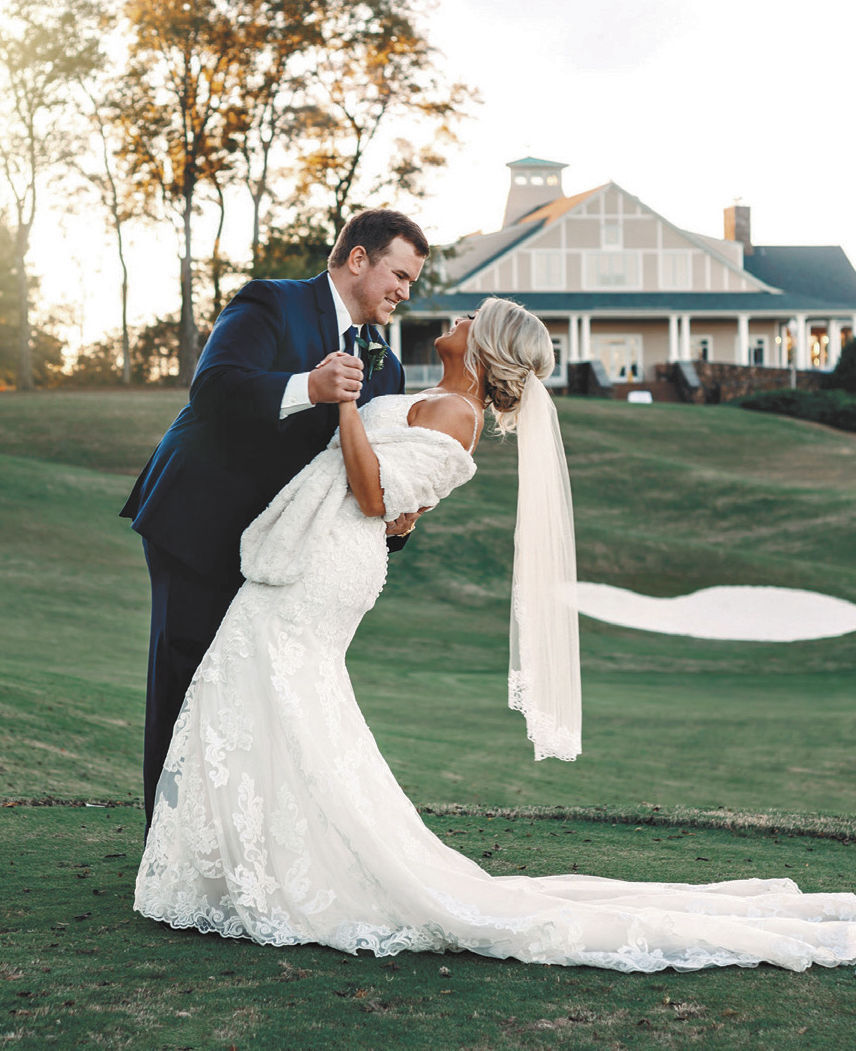 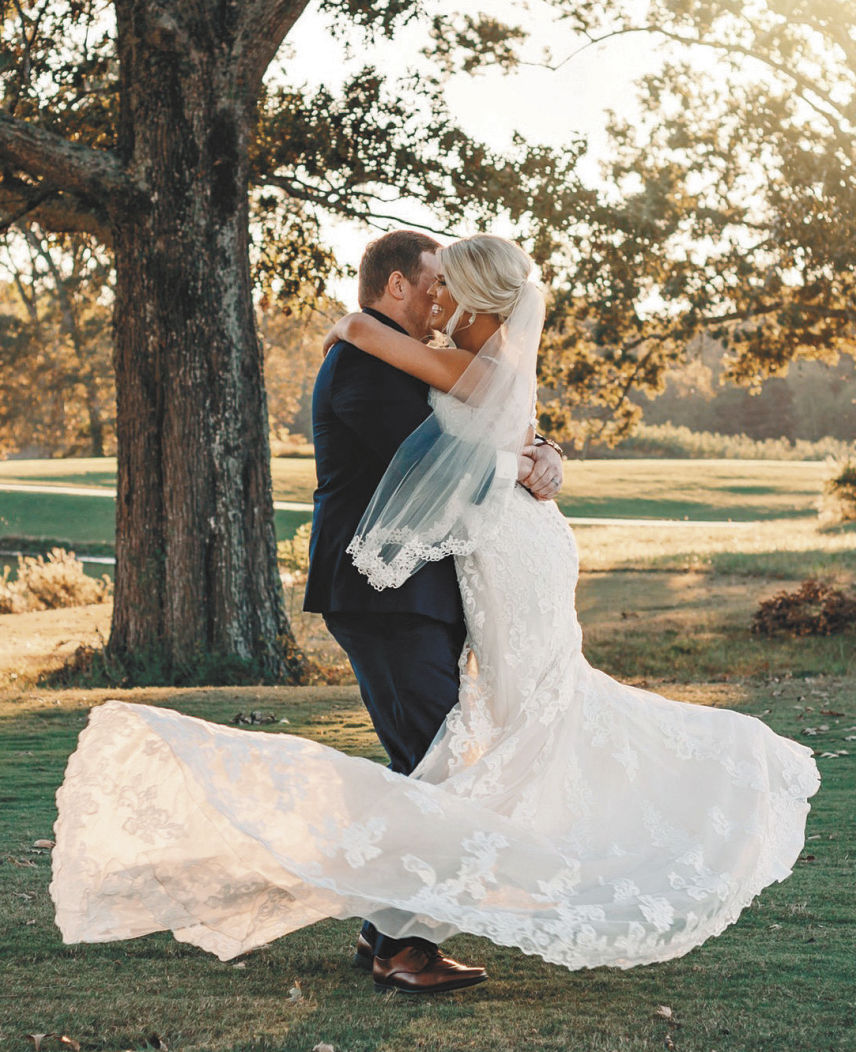 Kayla Hanback and Conner Bates were married October 12, 2019 at 5:00 in the afternoon in a beautiful outdoor ceremony at Robert Trent Jones Golf Trail of the Shoals with Thomas Cochran officiating. The reception followed at the RTJ Clubhouse.

The groom is the son of Donny and Kathy Bates of Murfreesboro, Tenn. He is the grandson of Edna Overall and the late Bill Overall of Tullahoma, Tenn., and the late Jesse and Velvie Bates of Summertown, Tenn.

The bride was escorted by her father. She chose an elegant Morilee Peta wedding gown with the dreamiest of lace details and the perfect peekaboo back found at Mary’s Bridal in Moulton.

Maid of honor was Amy Blackstock, best friend of the bride, and matron of honor was Morgan Rutherford, sister of the bride. Bridesmaids were Makenzie Moore, Kenzie Pope, Lora Roden, Katie Kirk, Keri Echols, and Torie Minor, all friends of the bride. Flower girl was Brooklyn Bray, family

Best man was the groom’s father, Donny Bates. Groomsmen were Sawyer Bates, brother of the groom; Jake Rutherford, brother-in-law of the bride; Cori Crawford, Chris Crawford, Trey Harrell, and Jordan Roden, all friends of the groom. Ring bearer was Sylas Parker, friend of the bride.

Wedding director was Vera Rutherford and floral designer was Cindy Harrison. Music for the ceremony and the reception was provided by DJ Calvin Williams. The reception was catered by RTJ and Wendy Weeks made the wedding cake and groom’s cake. The bride’s hair and make-up was done by Kenzie Pope and bridal party’s hair and make-up was done by Mandi Beavers of Revelationz. Photographer was Gena Plaxco Images and videographer was Nicholson Creative.

After a honeymoon at Secrets St. James all inclusive resort in Montego Bay, Jamaica, the couple is now residing in Killen.