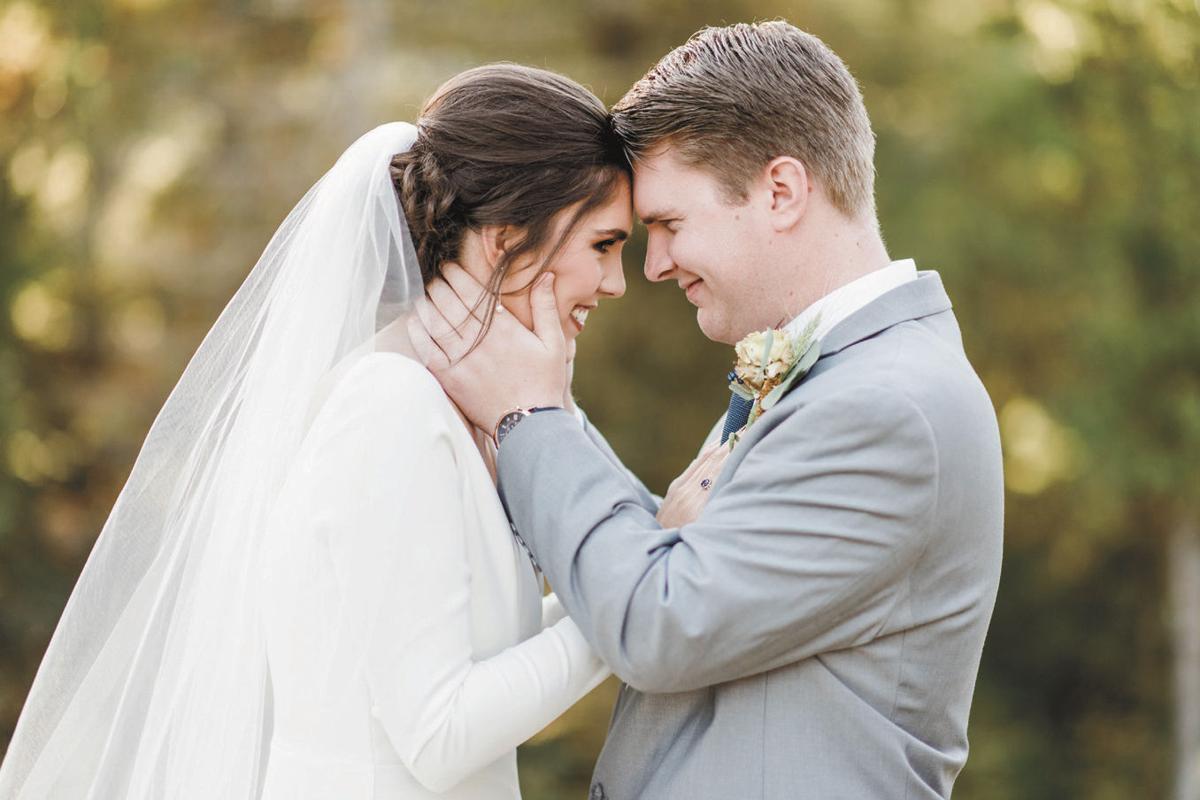 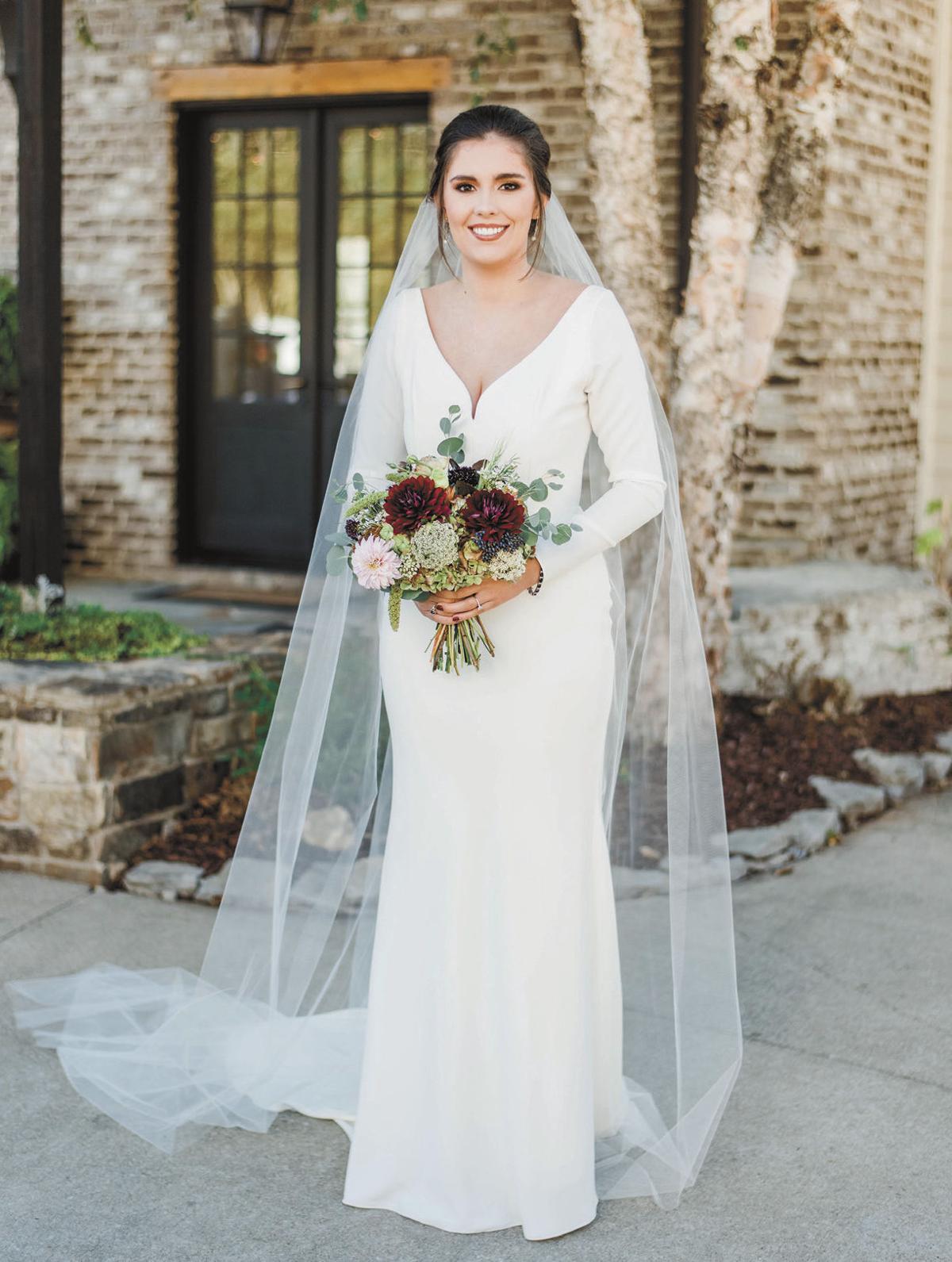 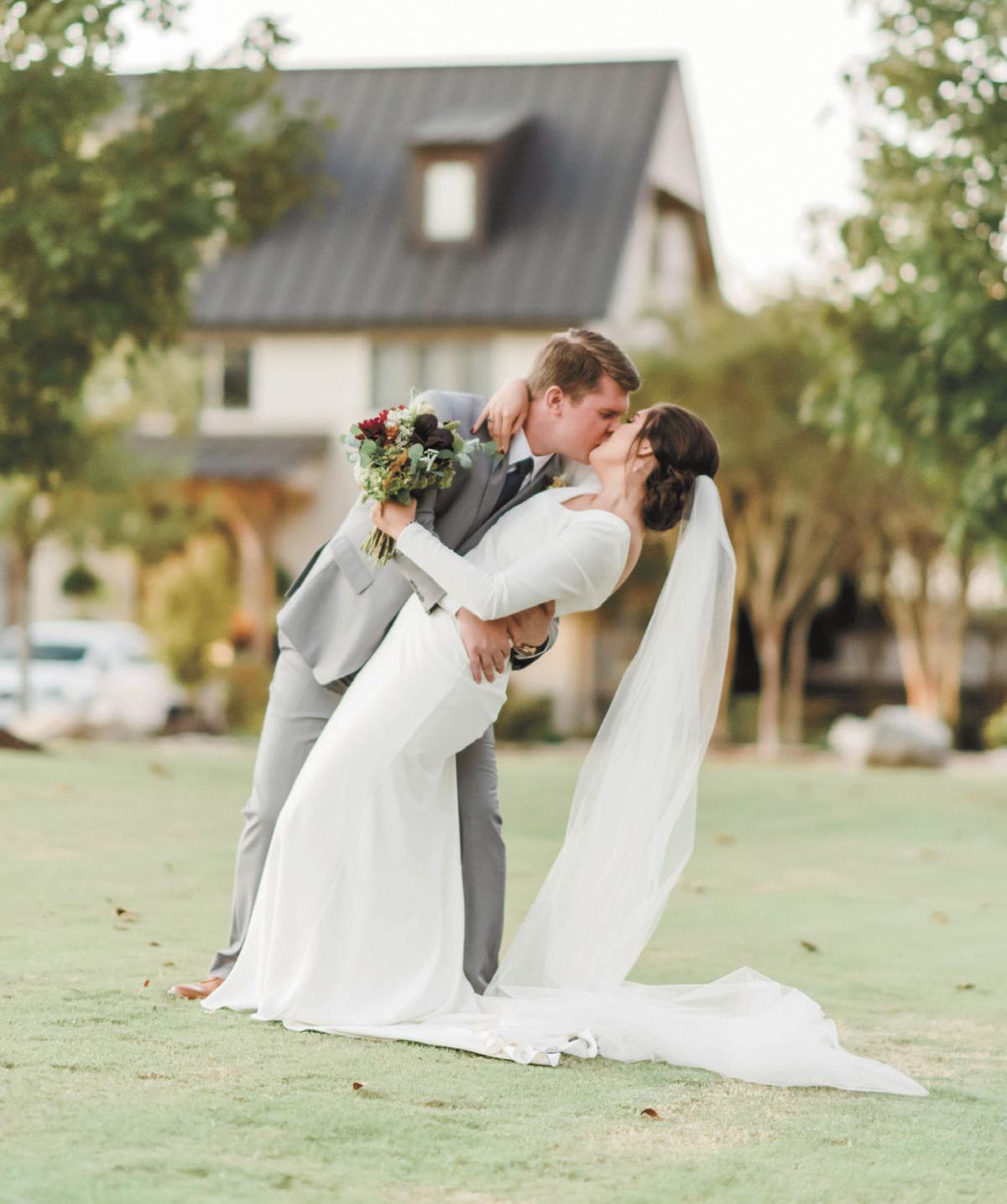 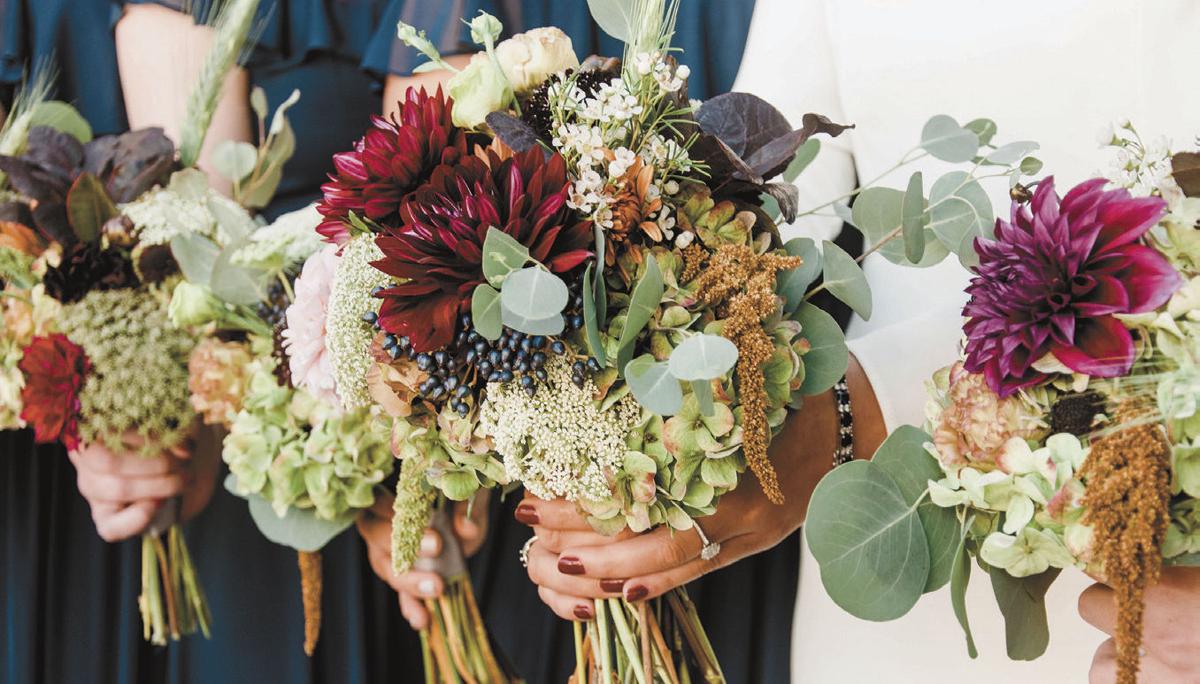 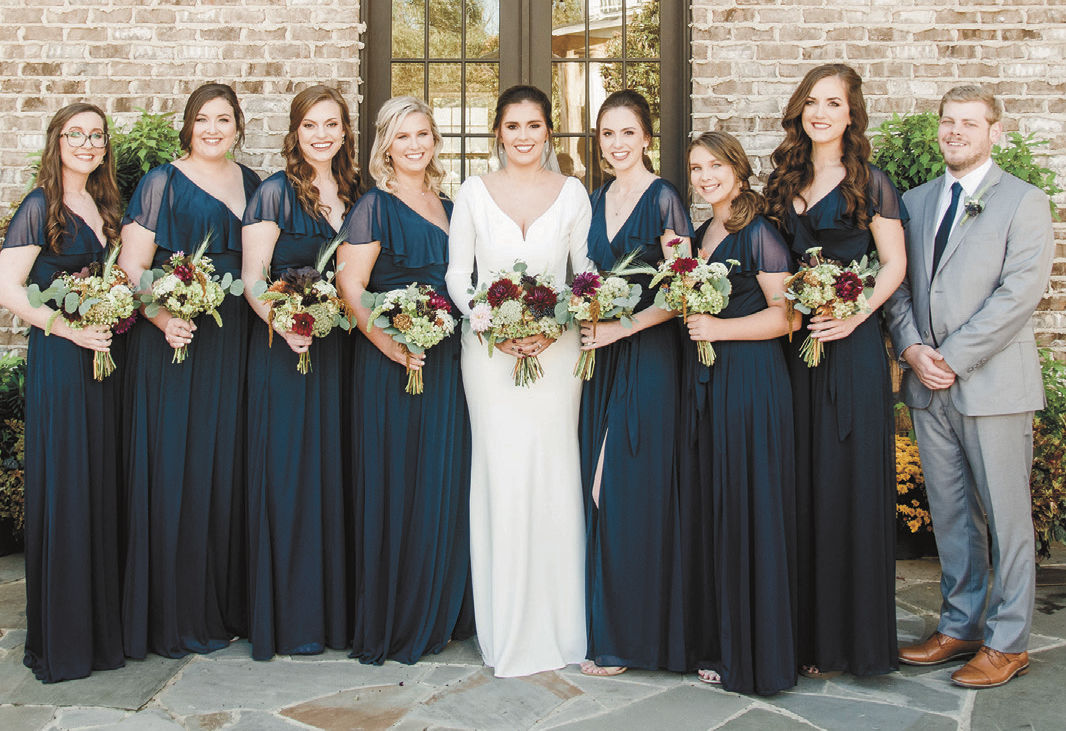 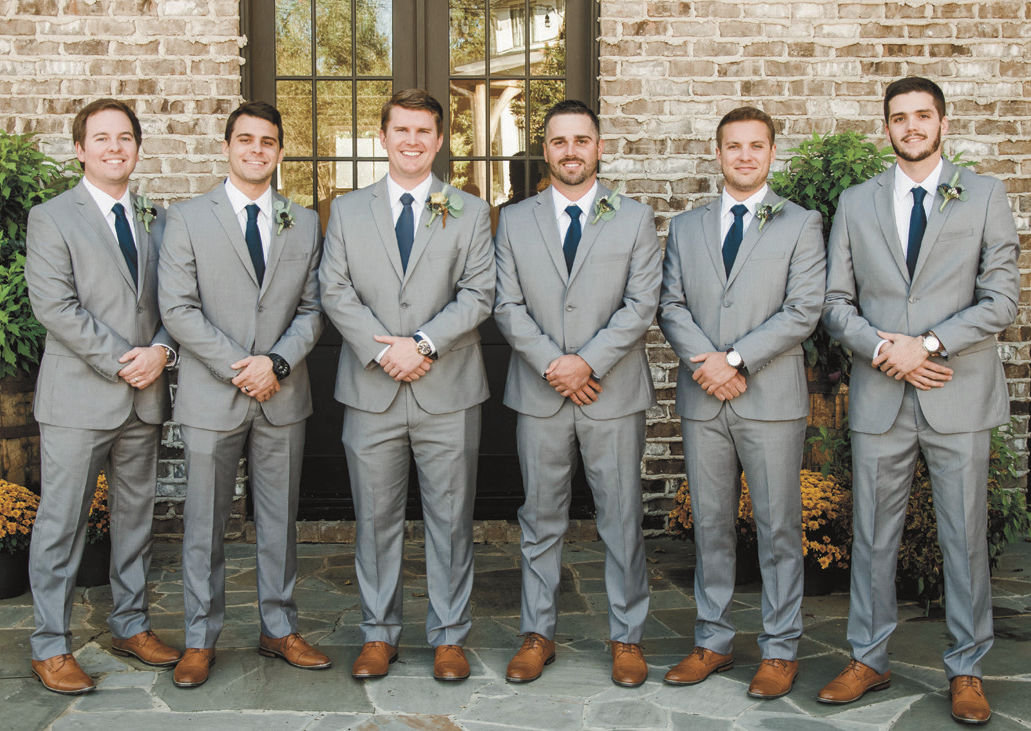 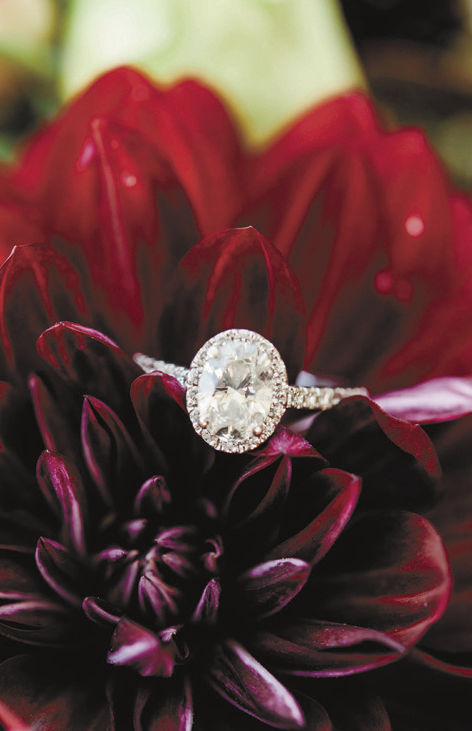 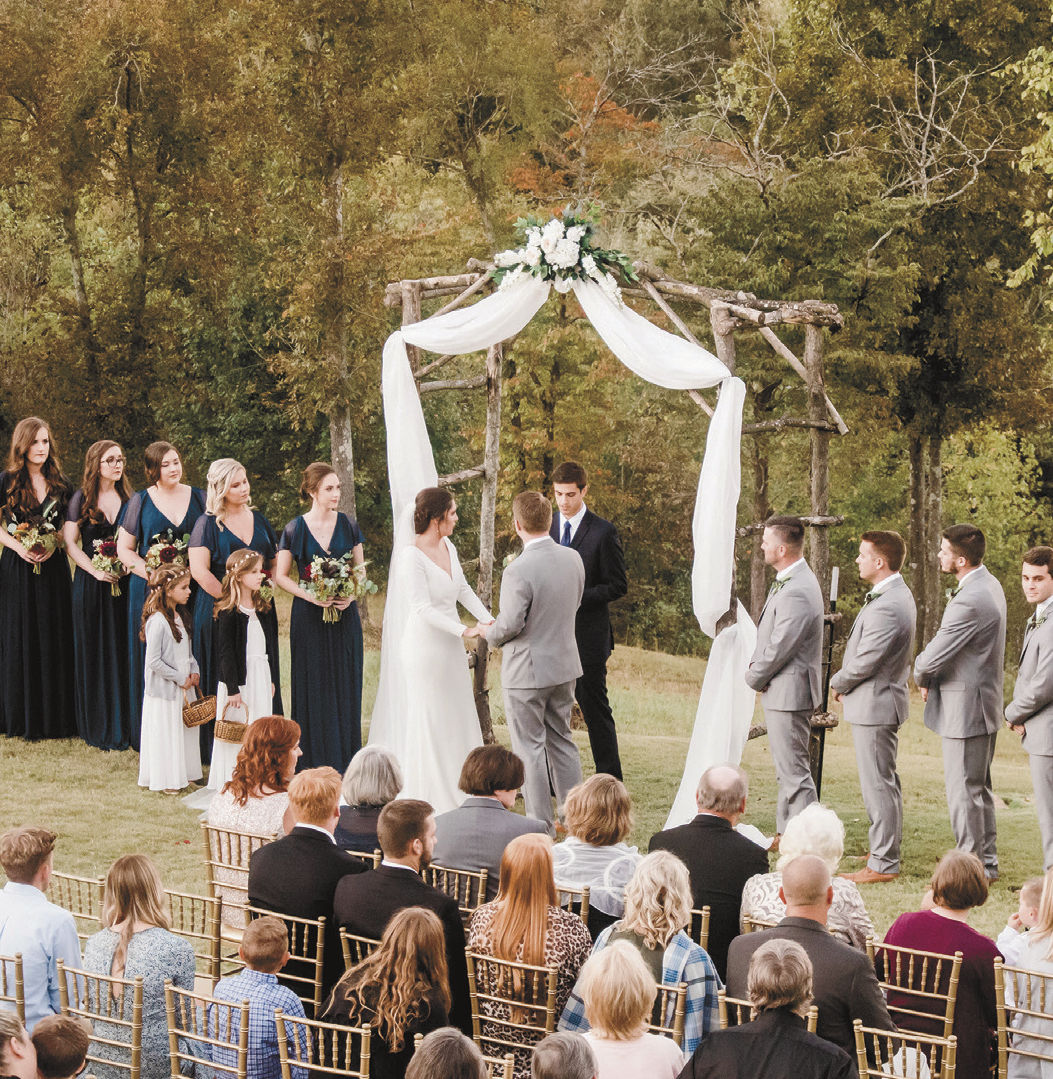 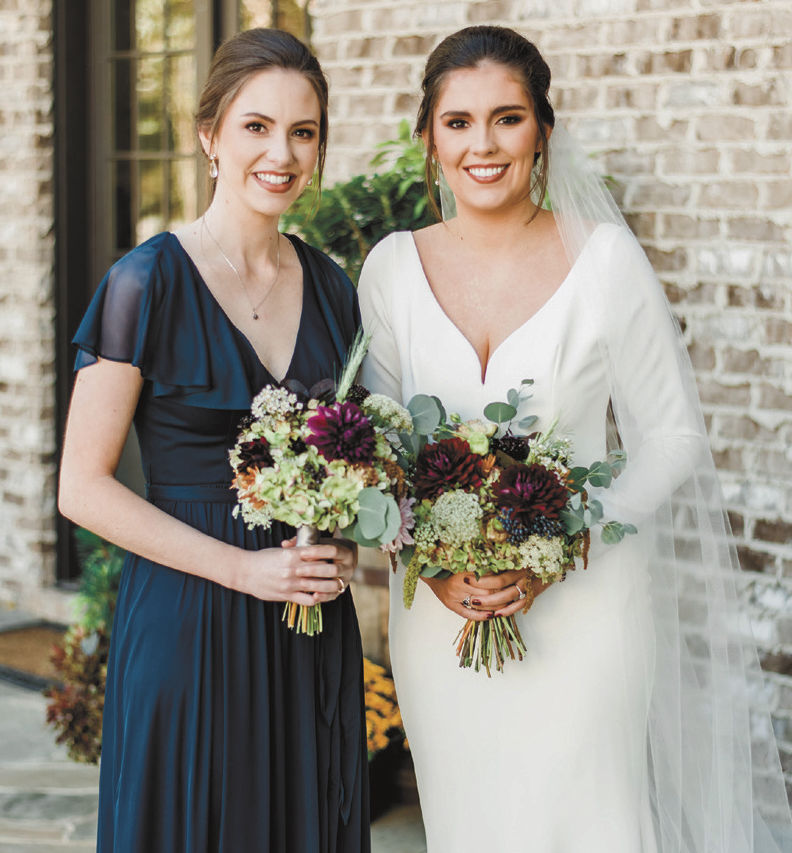 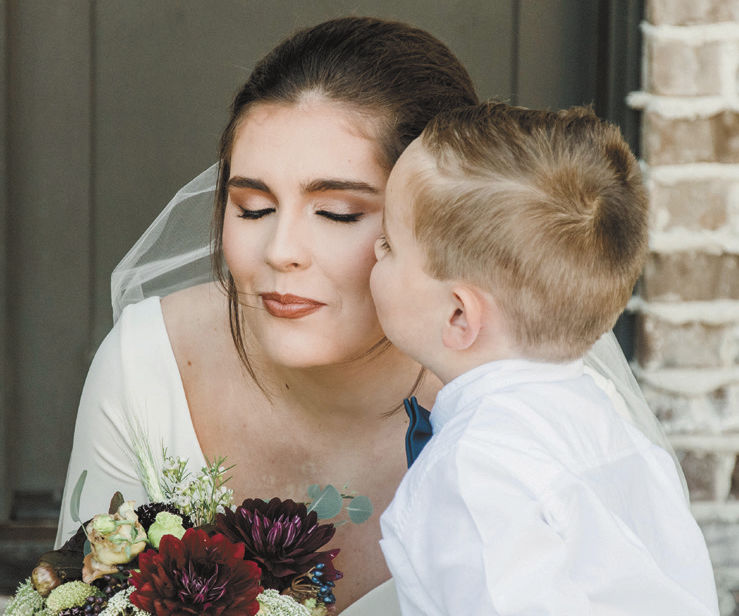 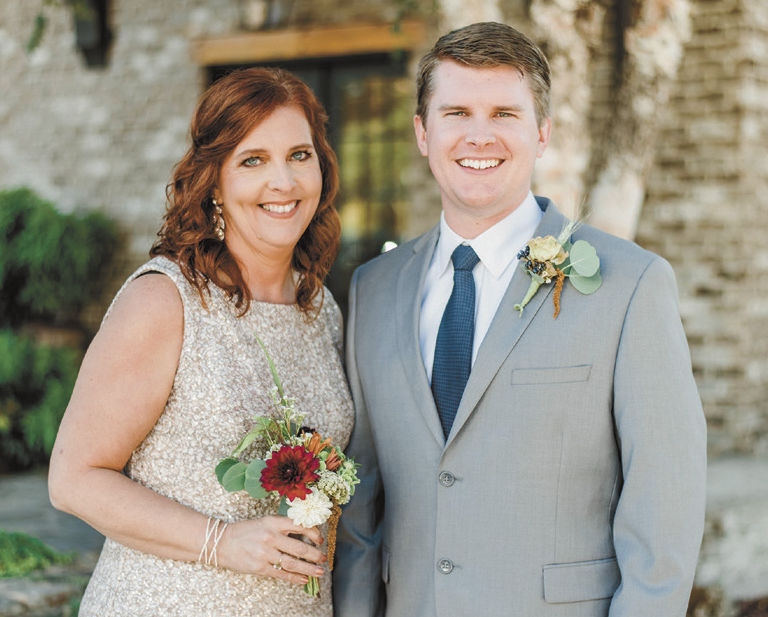 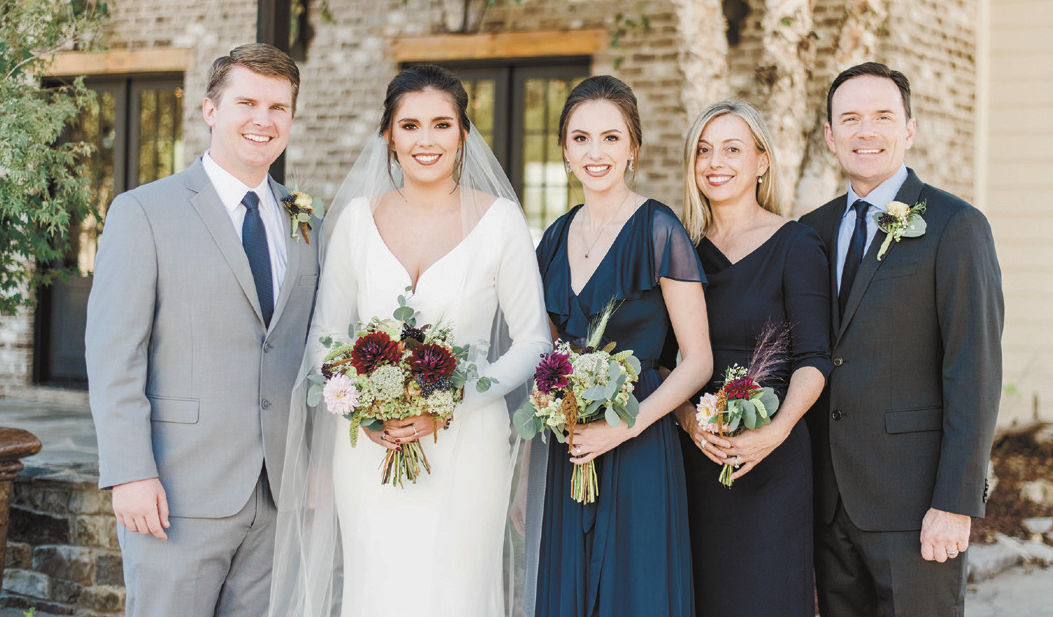 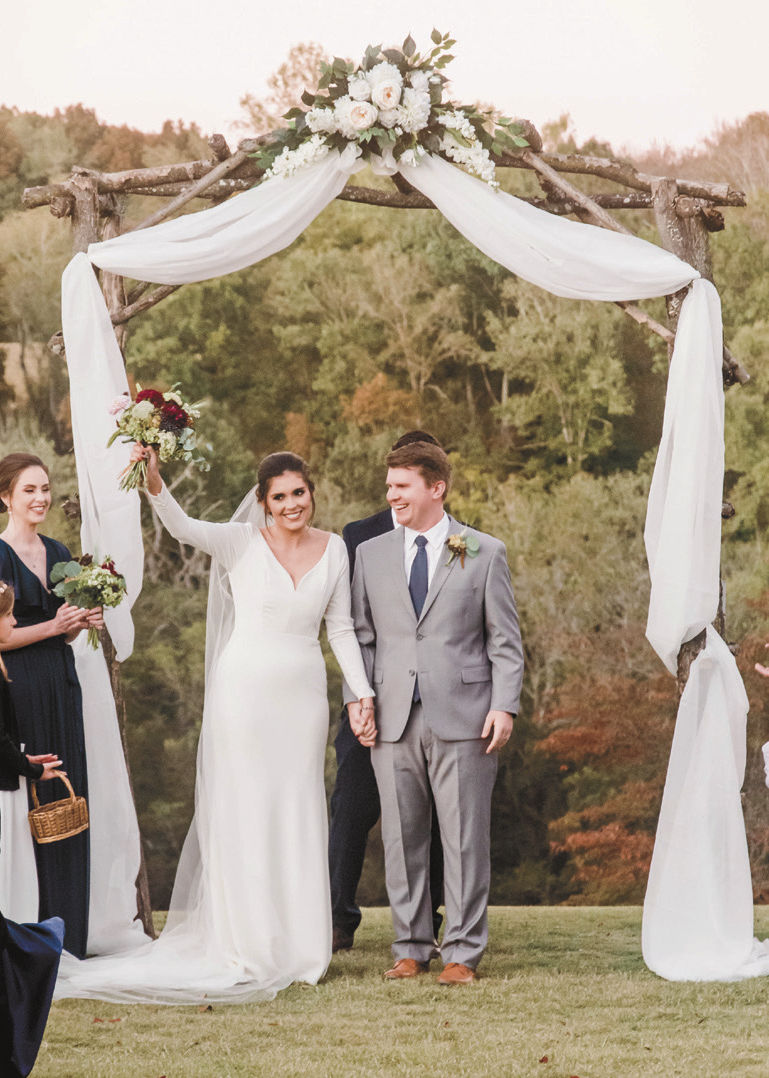 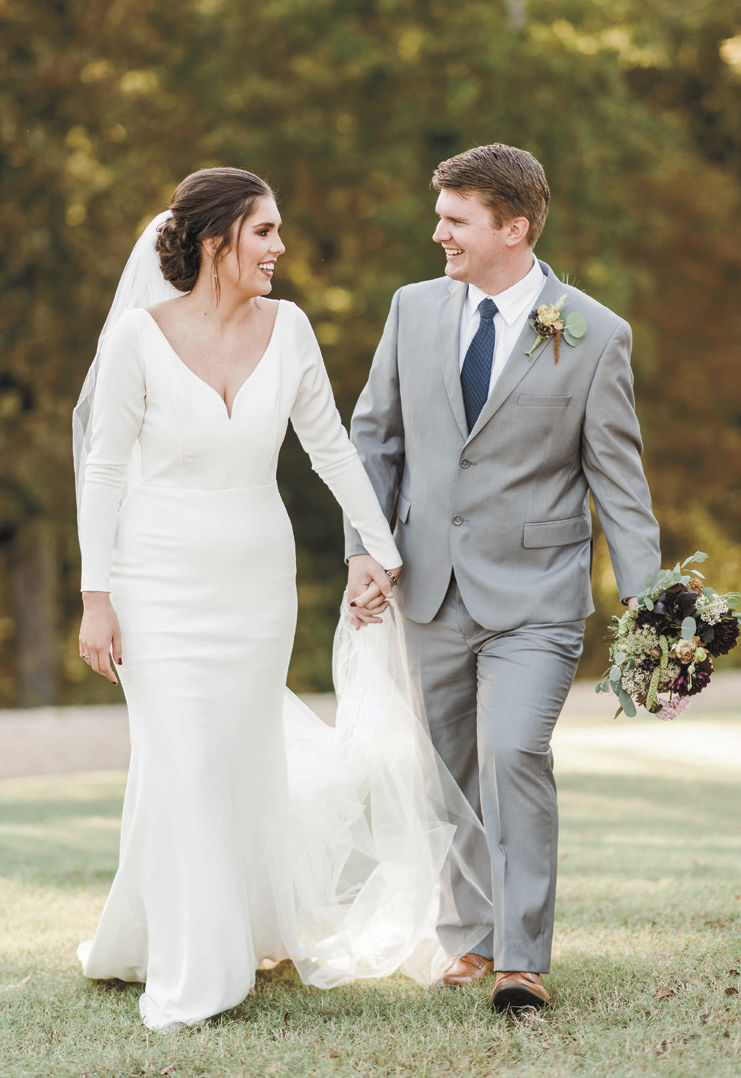 Sydney Richmond and Dakota James were married October 12, 2019 in a 6:00 evening ceremony held at Danclay Farms in Florence with Brooks Bergman officiating.

The groom is the son of Randy James and Tammy James, both of Rogersville. He is the grandson of Elaine James and the late Don James, Betty Brown, and Larry Brown.

The bride wore a white long-sleeved gown by designer Elizabeth Dye, purchased from The Sentimentalist in Atlanta, Ga. with a floor-length veil purchased from La Raine’s Bridal Boutique in Atlanta, Ga. She also wore Tiffany pearl drop earrings that belong to her step-mother, and her grandmother’s sapphire bracelet.

Best man was the groom’s brother, Justin James. Groomsmen were Daniel Tiede, Patton Jones, Kelton Tully, and Hunter Allen, all friends of the groom. Ring bearer was Jackson James, nephew of the groom.

After spending a week at the beach for their honeymoon, the couple is now residing in Birmingham.