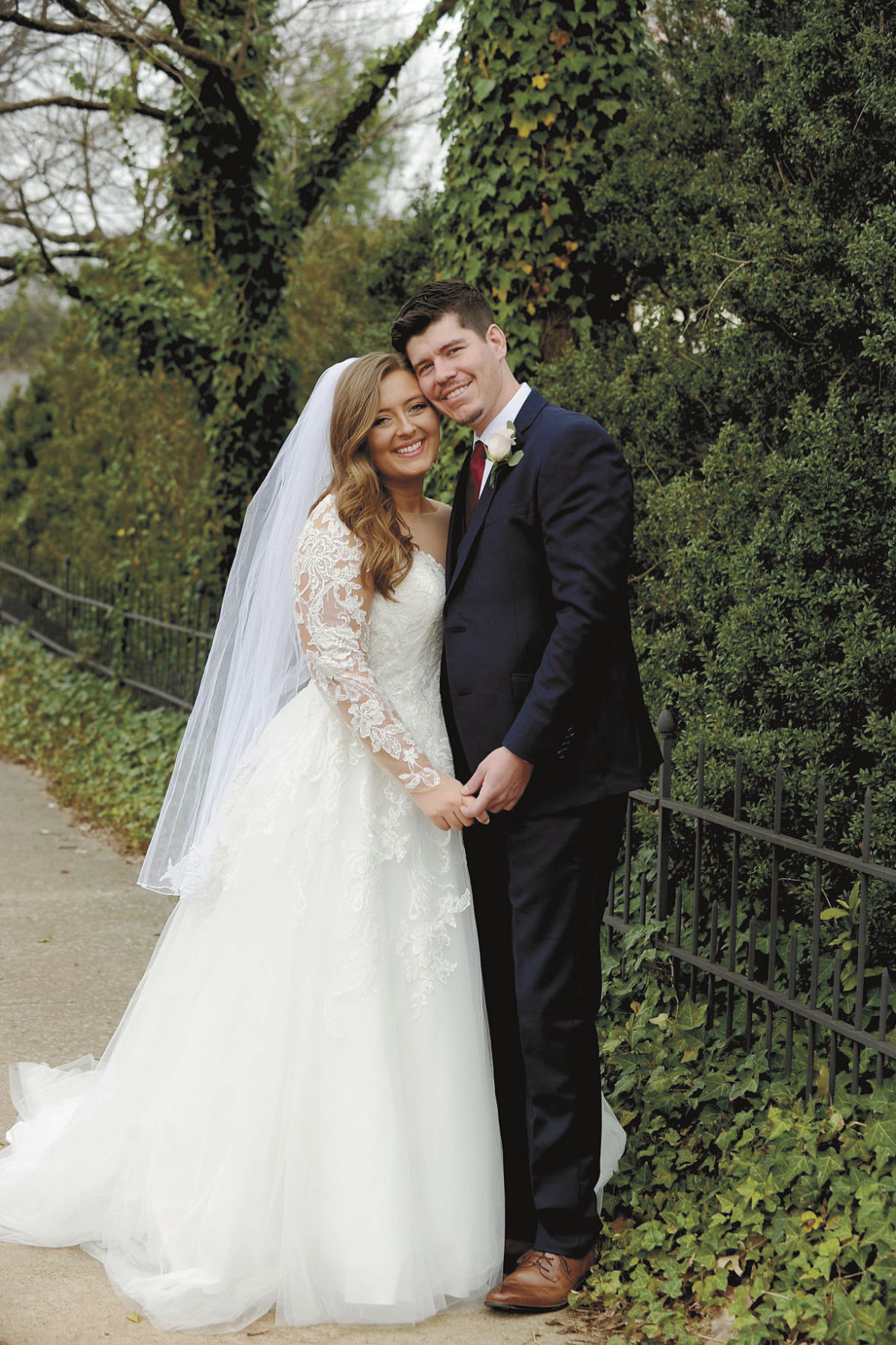 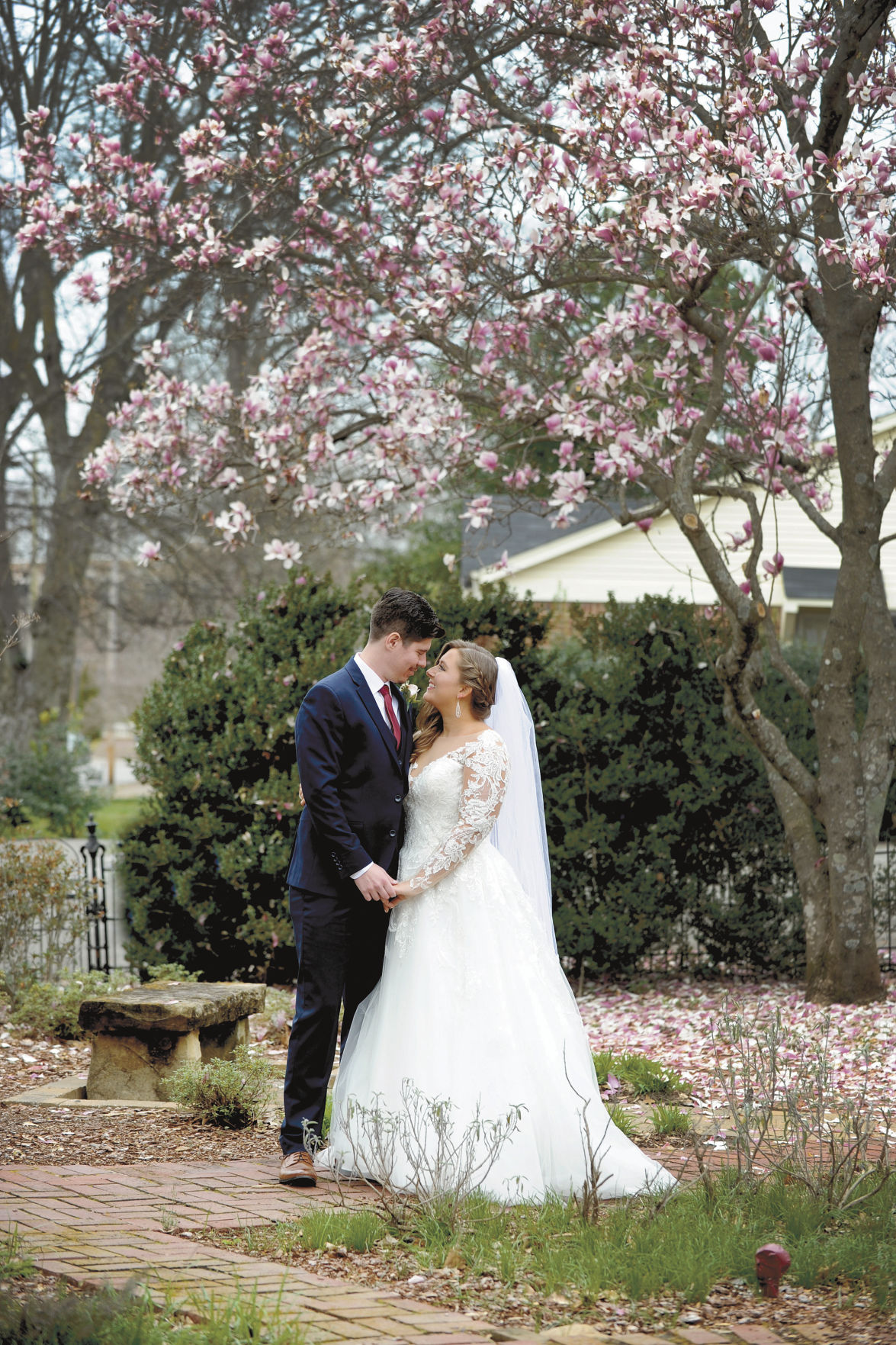 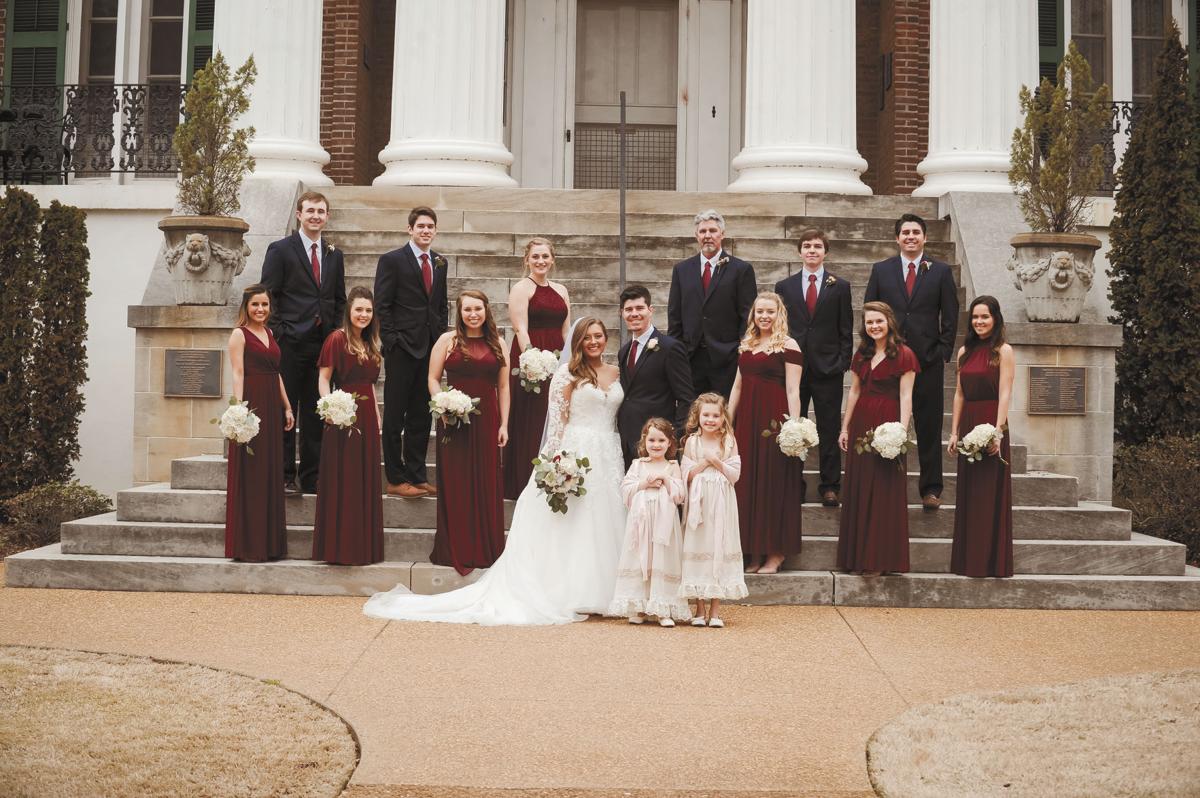 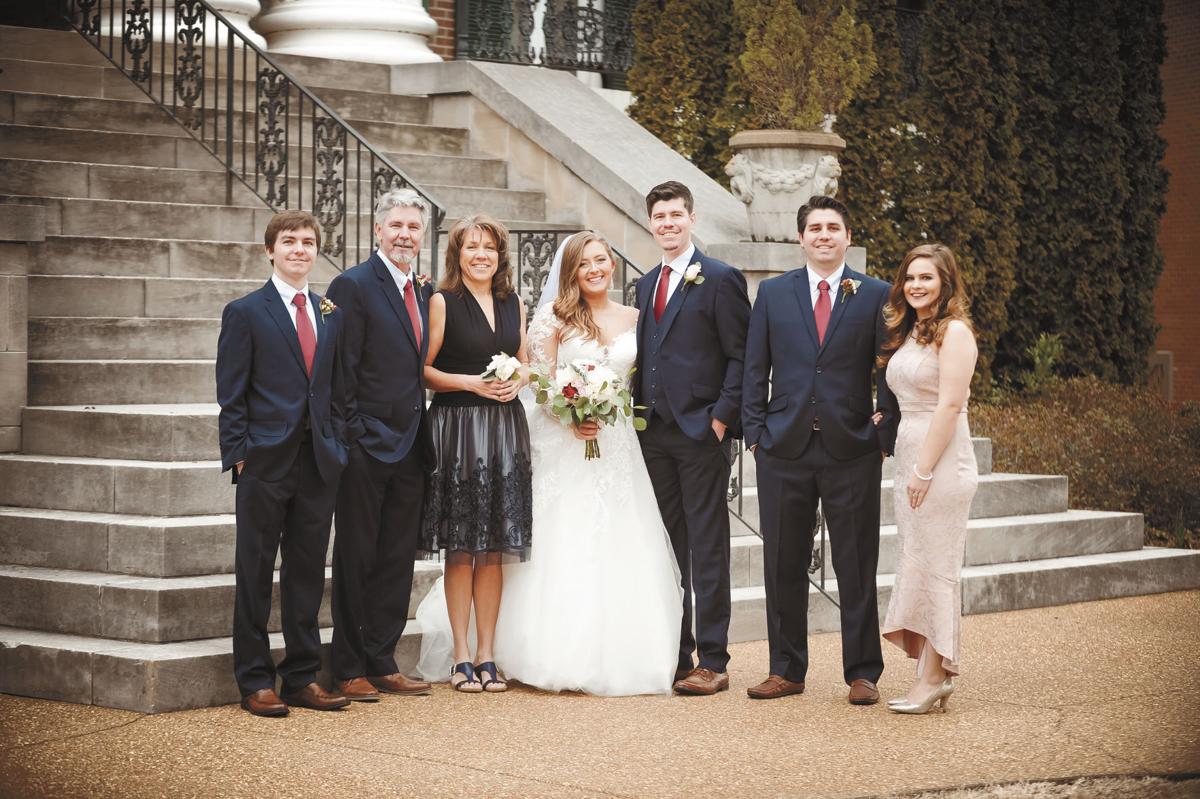 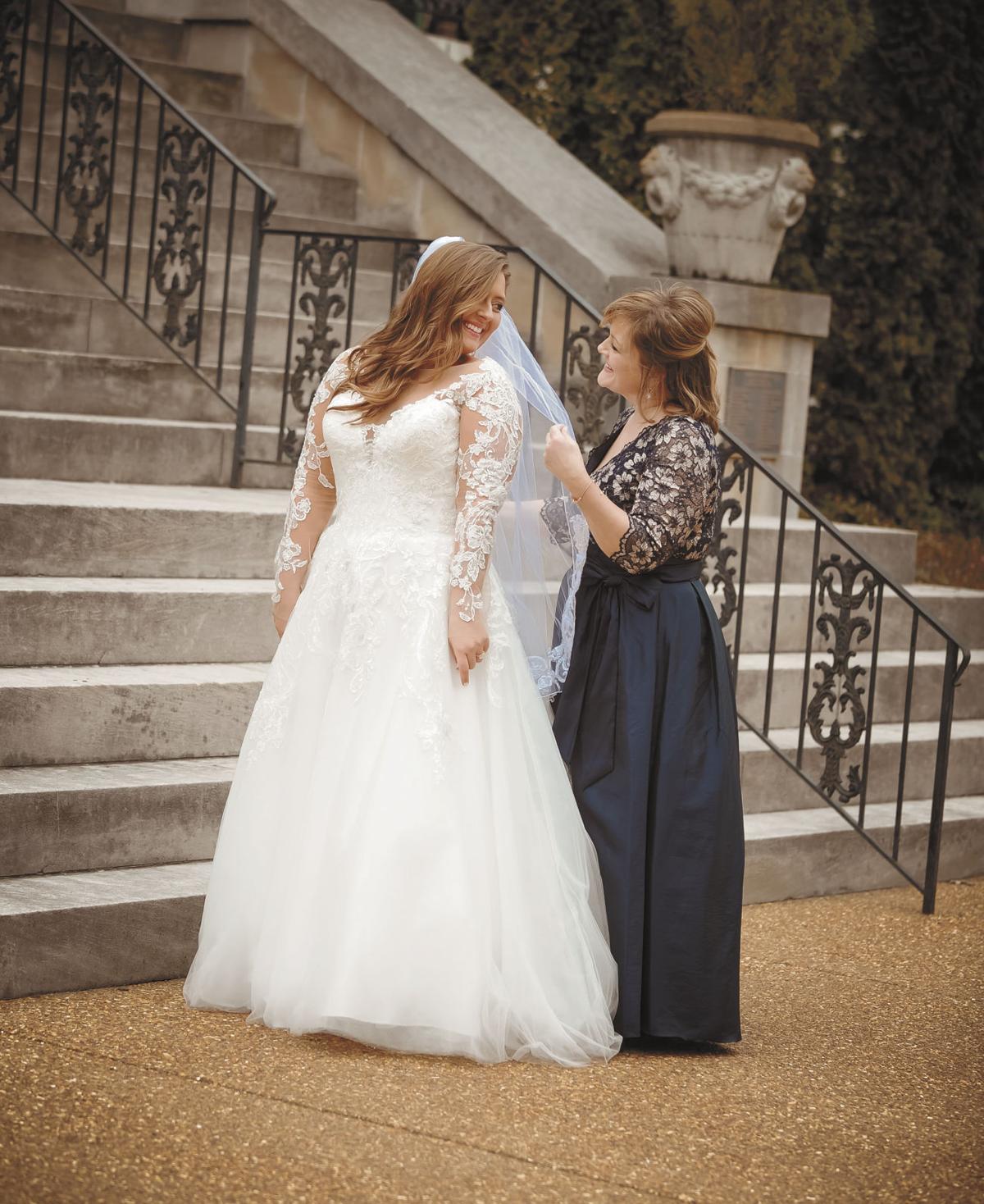 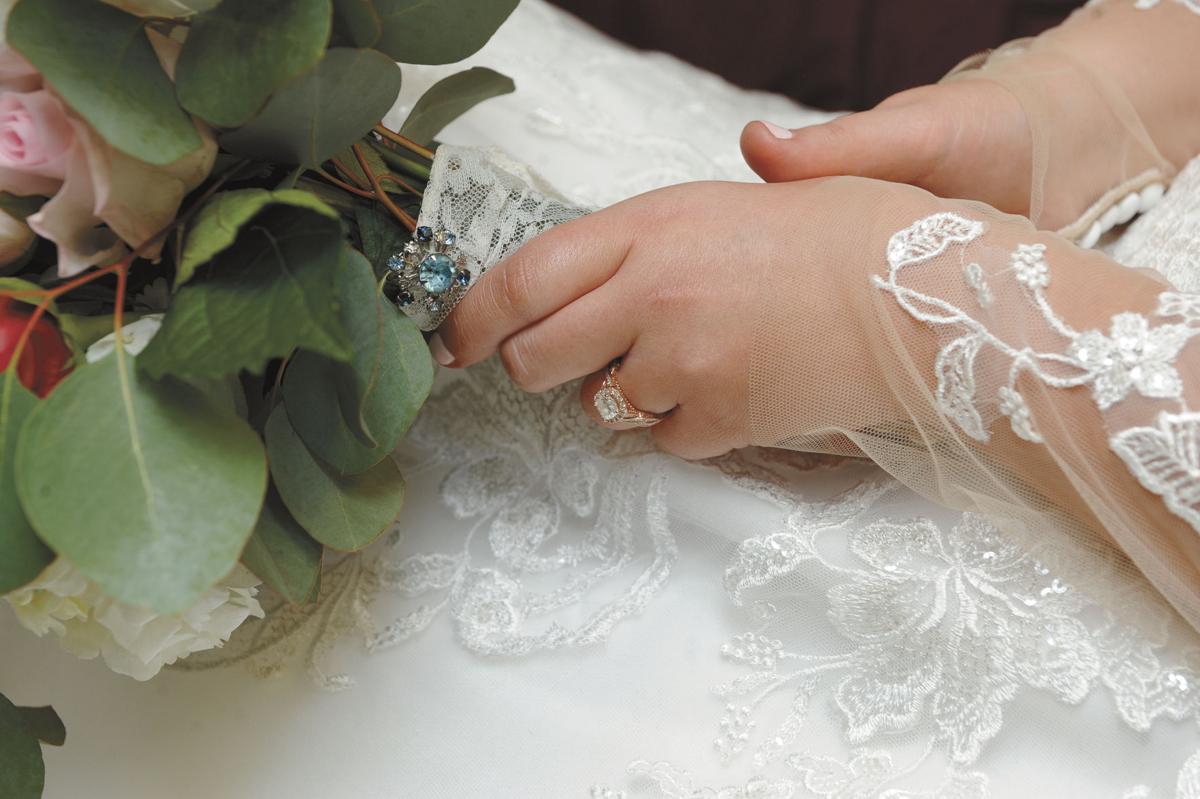 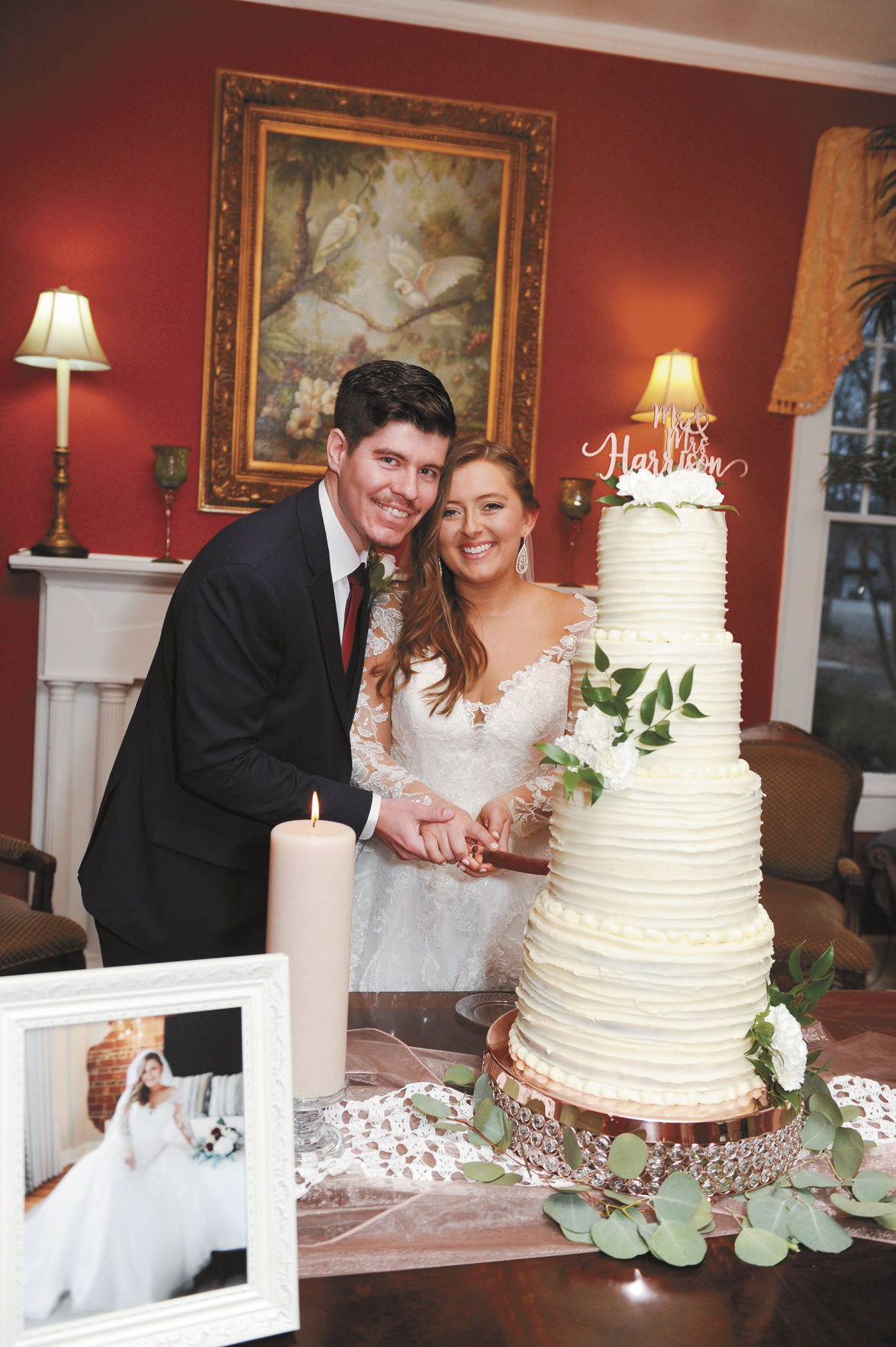 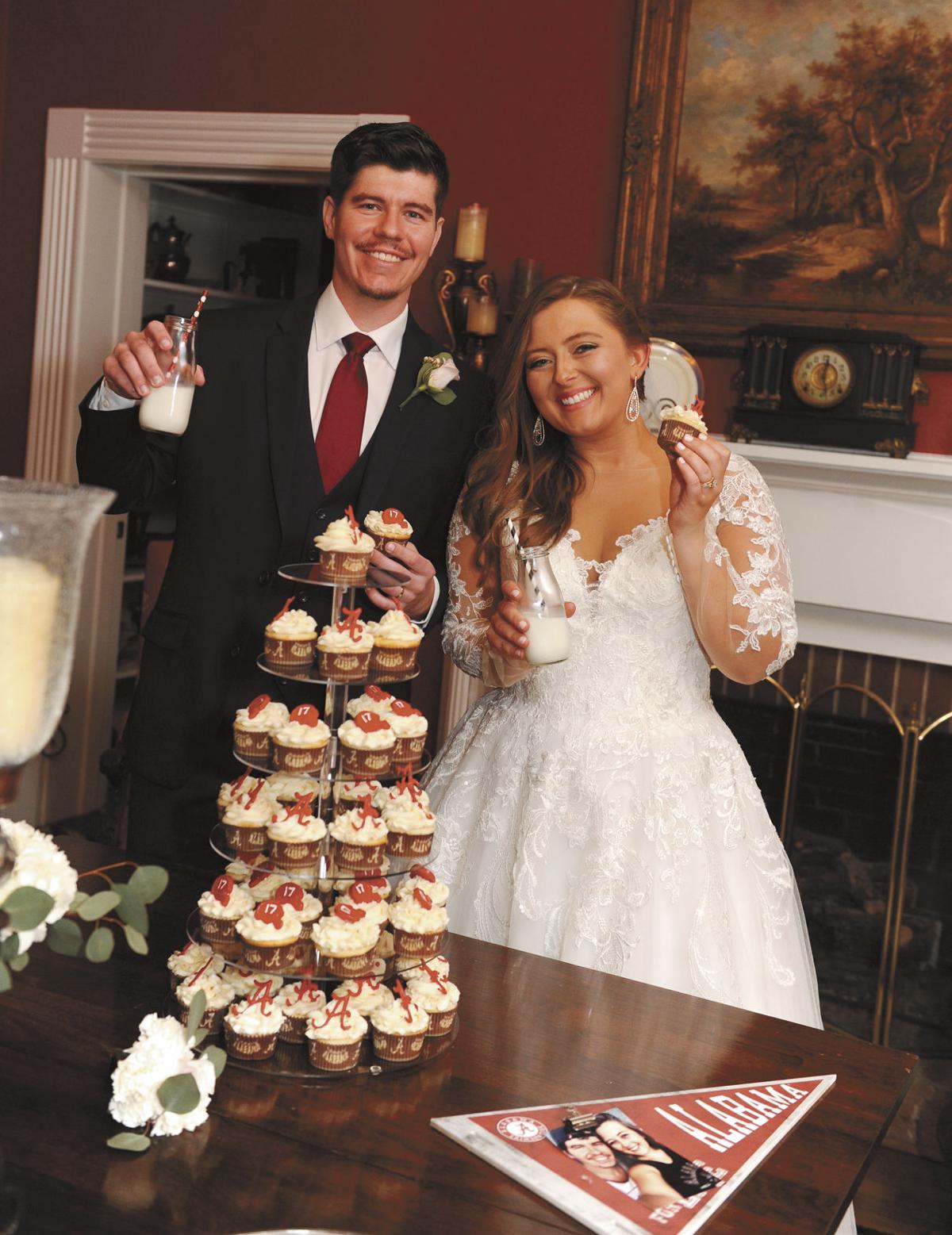 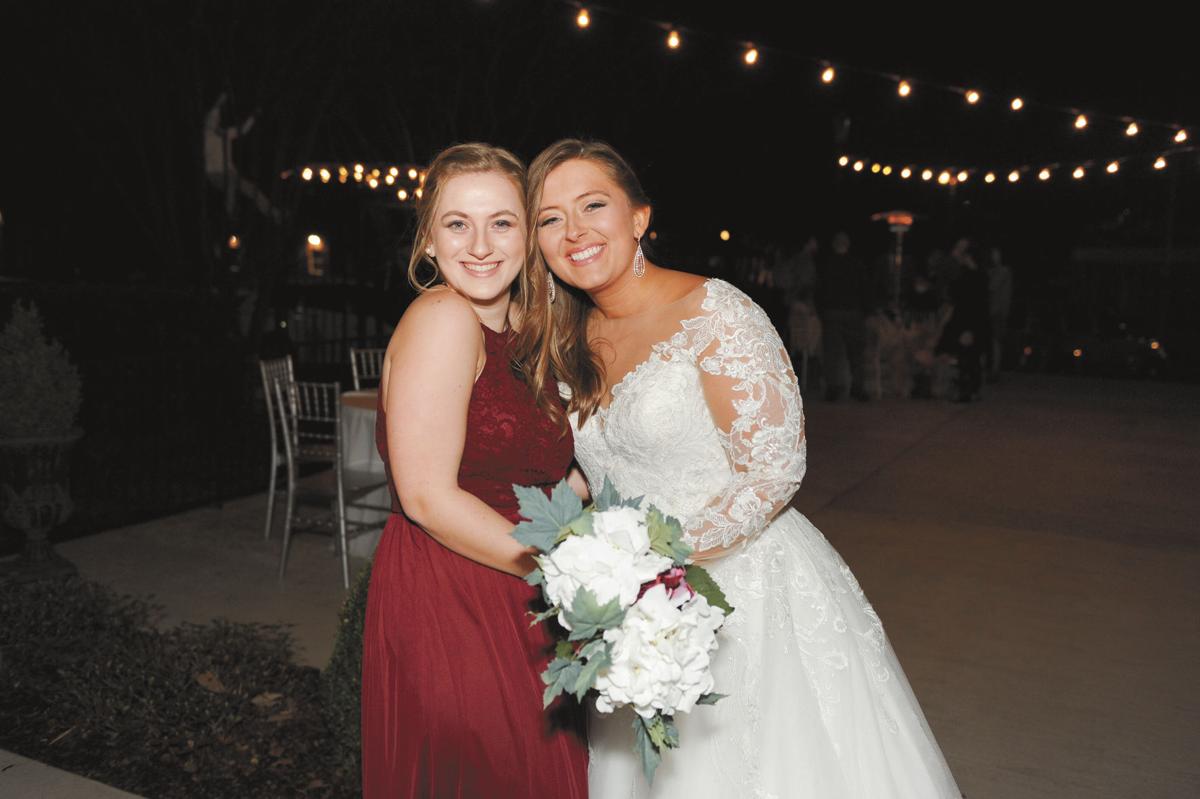 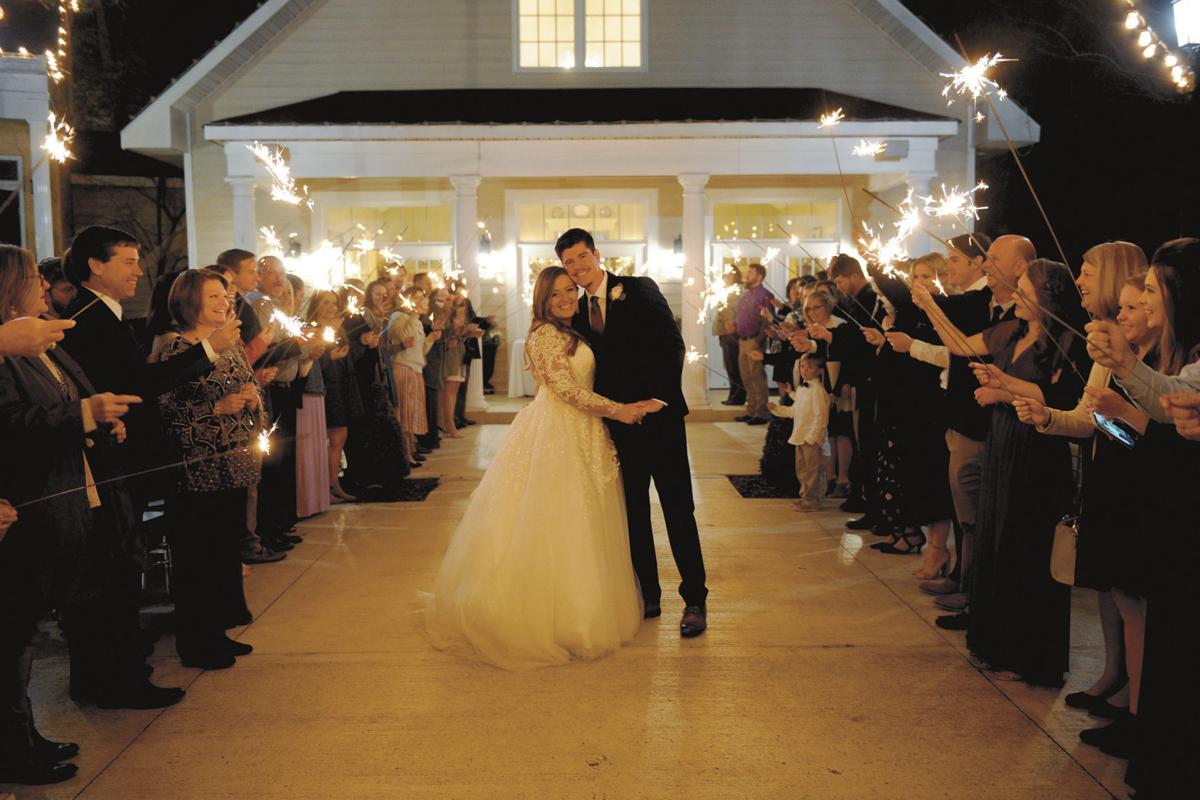 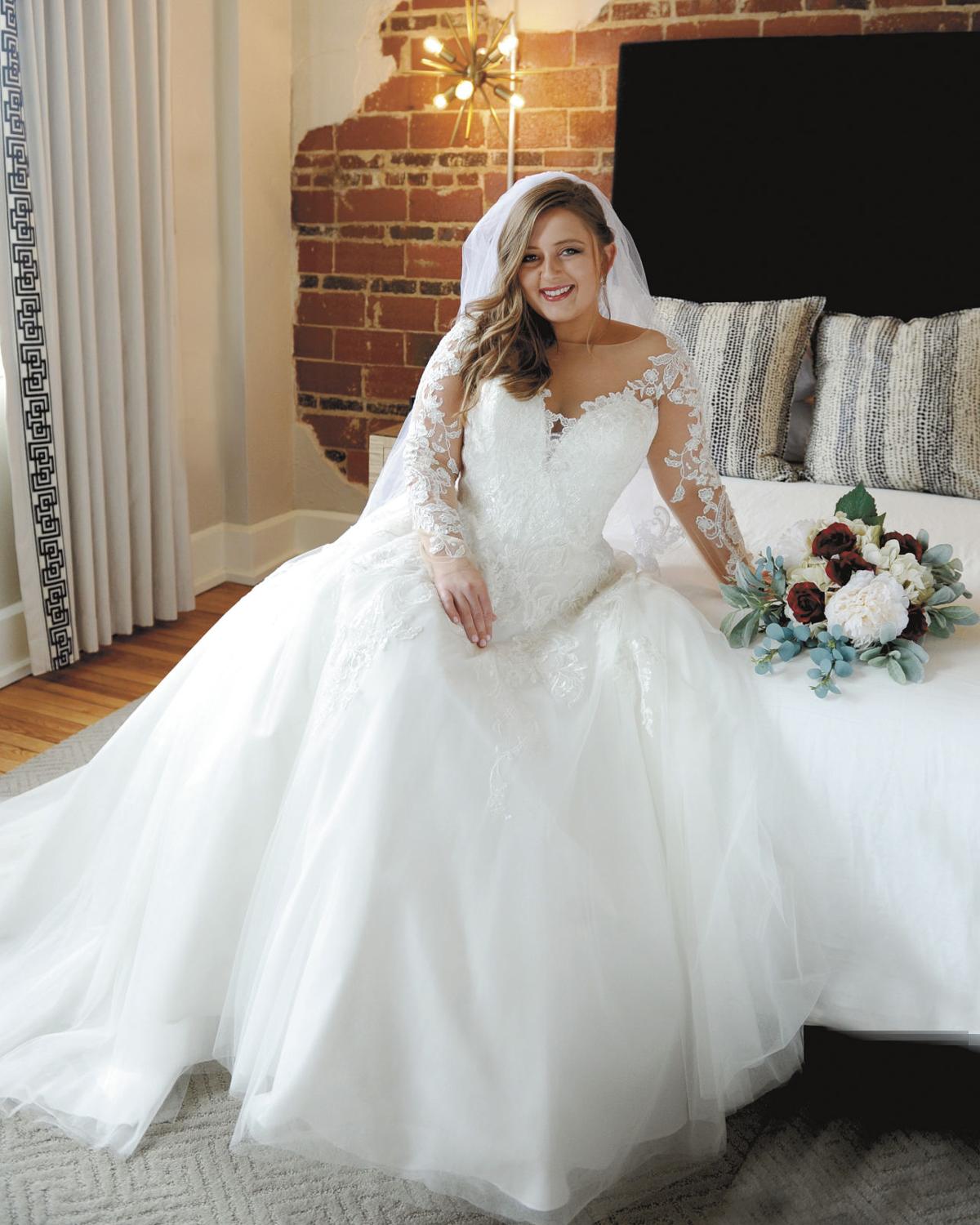 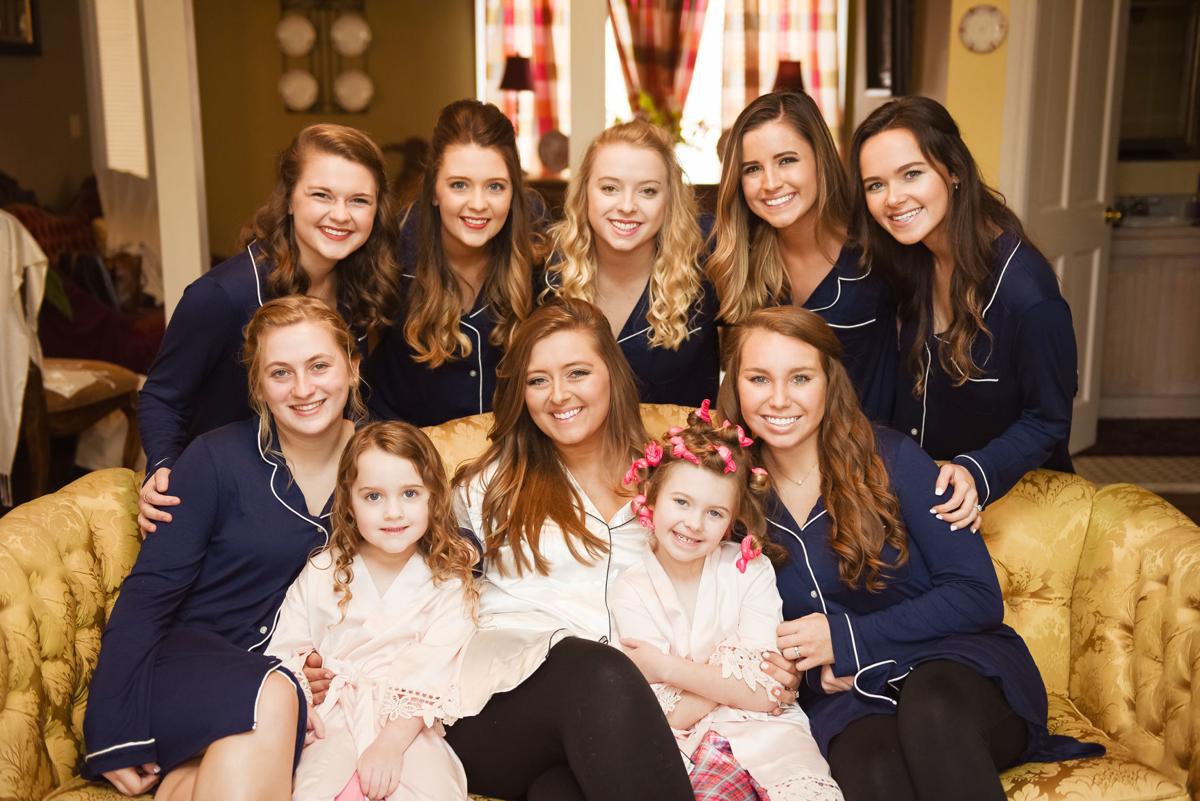 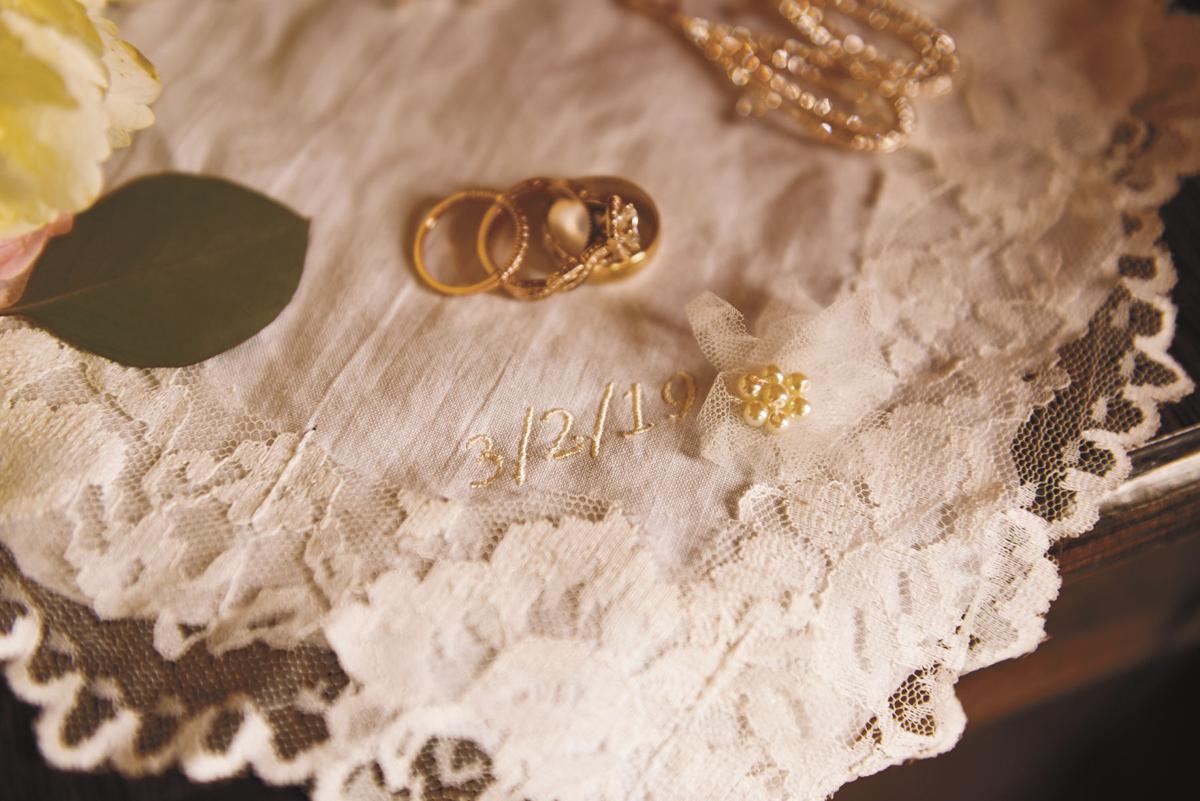 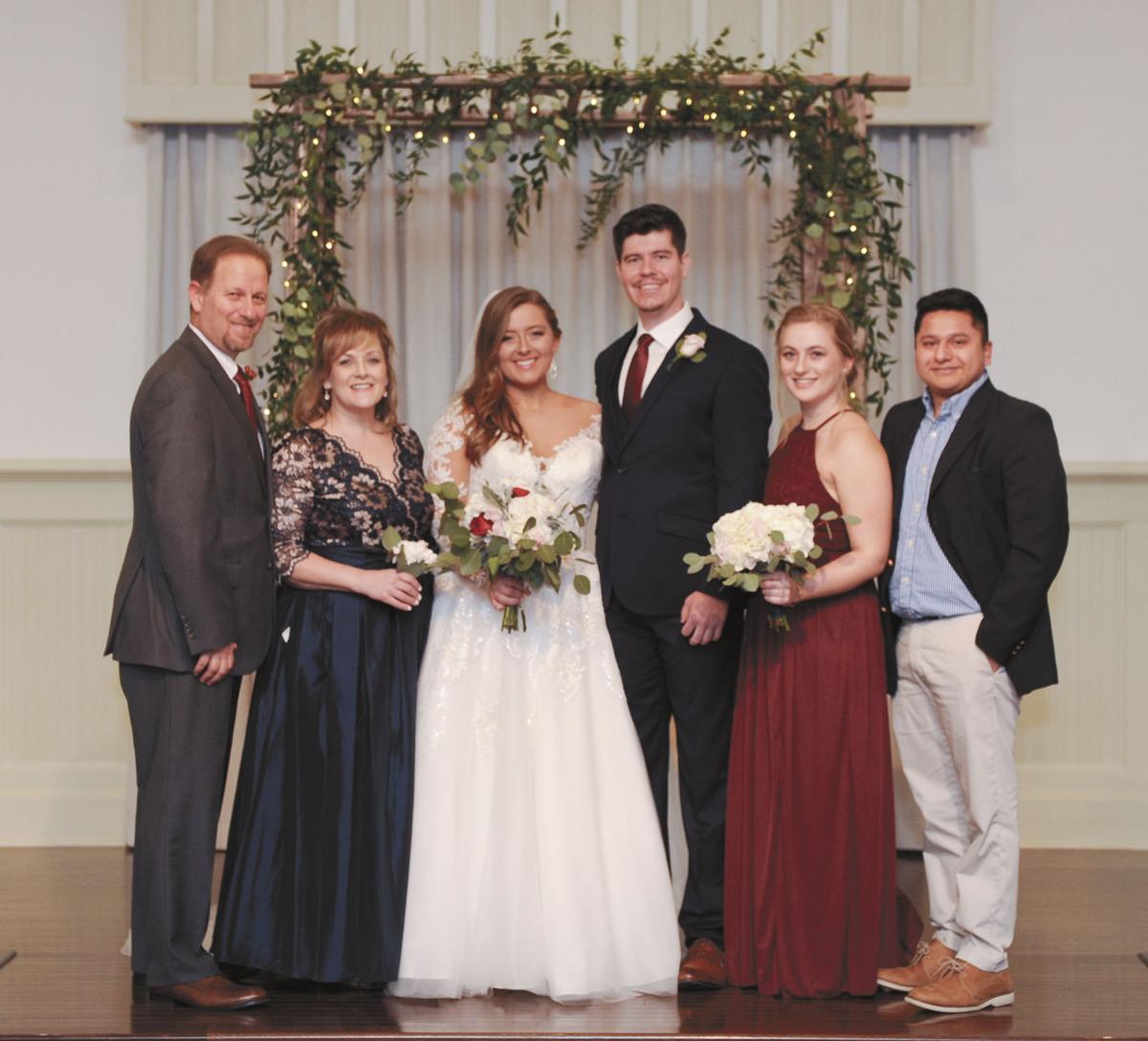 The couple was engaged in June, 2018 on the beach at Amelia Island while on a family vacation, with the groom popping the question as a banner plane flew by asking her to marry him.

Bailey Plunket and Lee Harrison were married March 2, 2019 at 5:00 in the afternoon at Sherrod Avenue Church of Christ in Florence with Tony Choate, the bride’s youth minister at Chisholm Hills Church of Christ, officiating. The reception was held at Pickett Place following the ceremony.

The groom is the son of Jeff and Carol Harrison of Florence. He is the grandson of the late Ralph Harrison, the late Dorothy Thomas, and Dorothy Matthews and the late Fulton Matthews, all of Florence.

The bride was escorted by her father. She wore a beautiful white lace long sleeved gown from Cherry Tree Lane. She also wore her mother’s veil with overlays added from her mother’s wedding dress.

Best man was the groom’s father, Jeff Harrison. Groomsmen were Jay Harrison and Beau Harrison, brothers of the groom; Davis Whitten and Jonathan Marks, friends of the groom. Ushers were Murphy Tidwell, Charlie Richardson, Ty Murphy, and Drake Murphy, all cousins of the bride.

Wedding director was Laurie Mitchell, aunt of the bride. Floral designer was Tia’s Florist. Caterer was Jill Larkin of Jill’s Sweet Memories. The wedding cake was made by Lynsi Bragwell of Lynsi’s Cakes, and Carol Harrison, mother of the groom, made the cupcakes and cookies for the groom’s table. Hair stylist was Susan Puryear of Halo Hair Downtown. Photographer was Jennifer Tidwell of Jennifer Photography and videographer was Bob Plunket, cousin of the bride. Other special helpers were Selina Riley, aunt of the bride, Deana Moore, Kathy Clark, and Daniel Murphy.

After a honeymoon at the Hyatt Zilara in Cancun, Mexico, the couple is now residing in Killen.