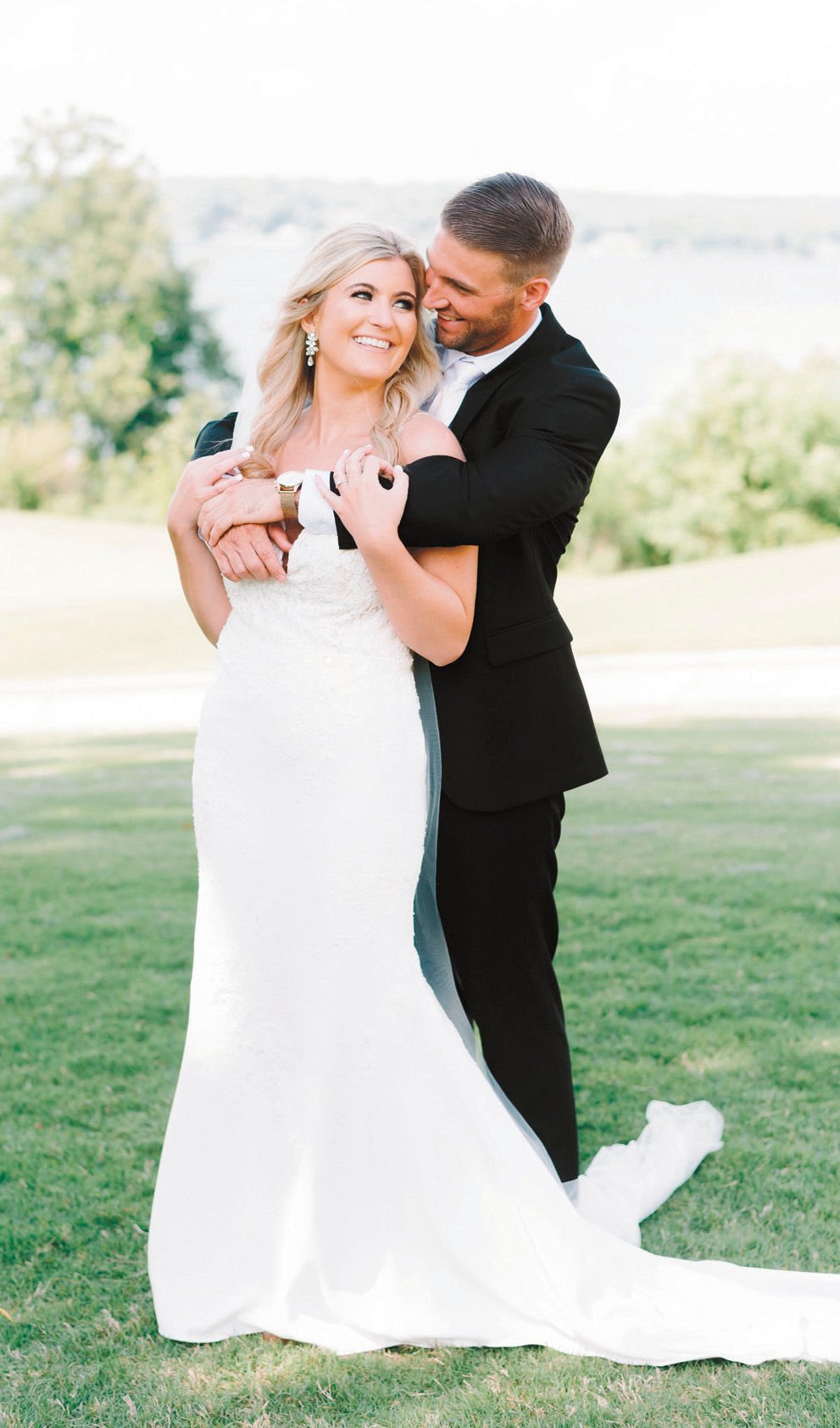 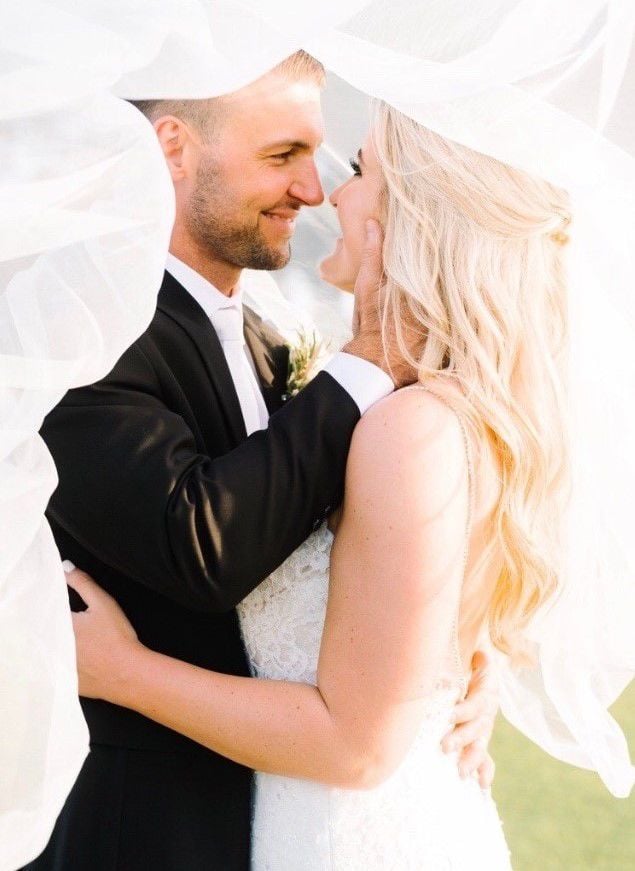 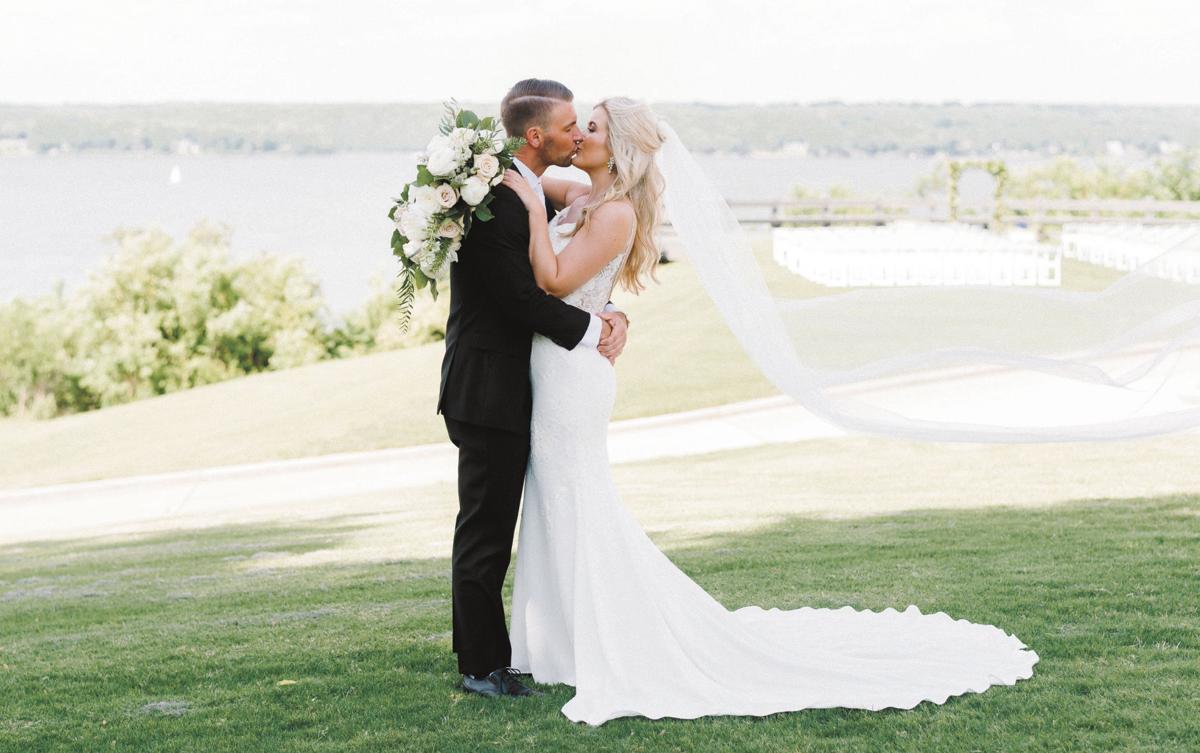 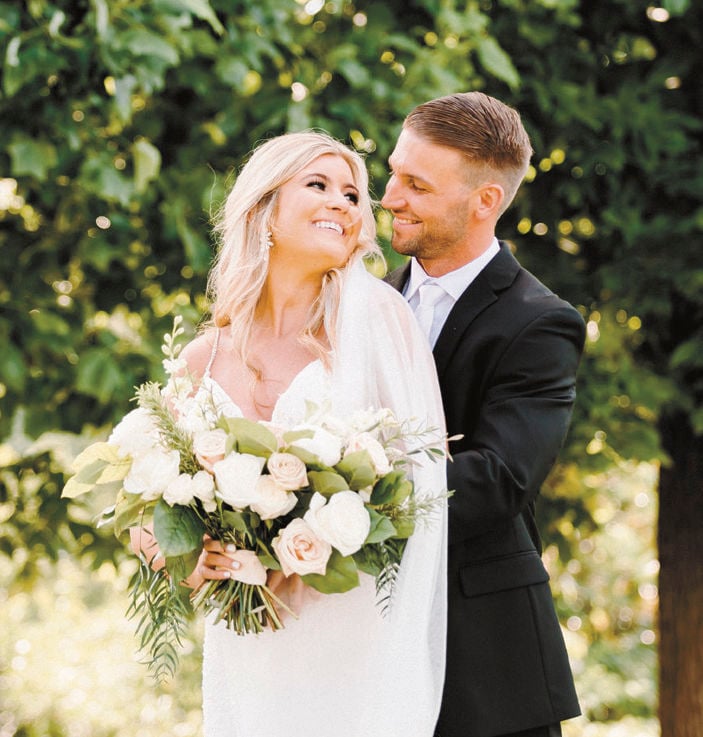 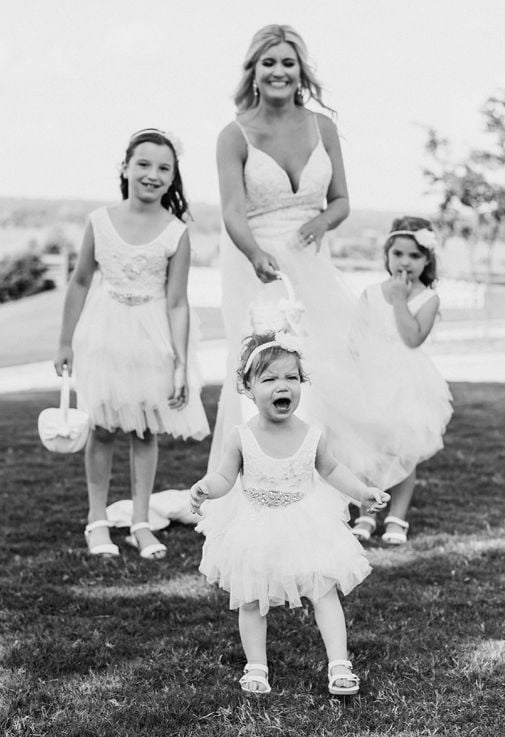 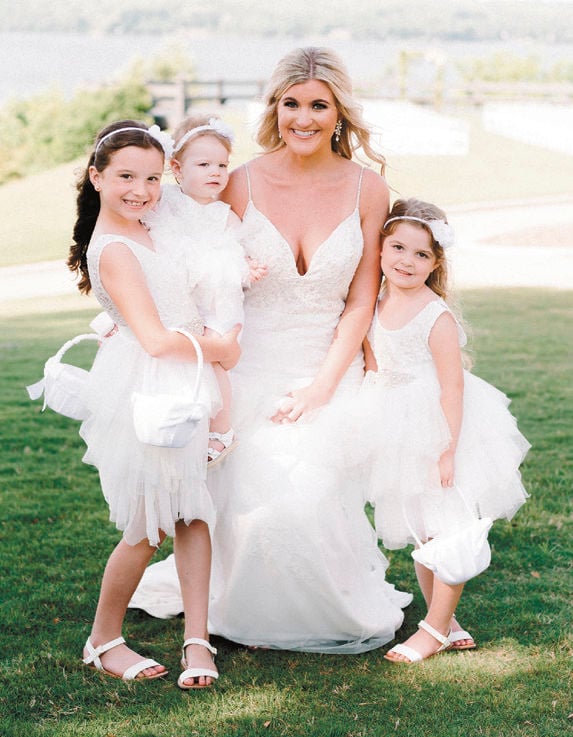 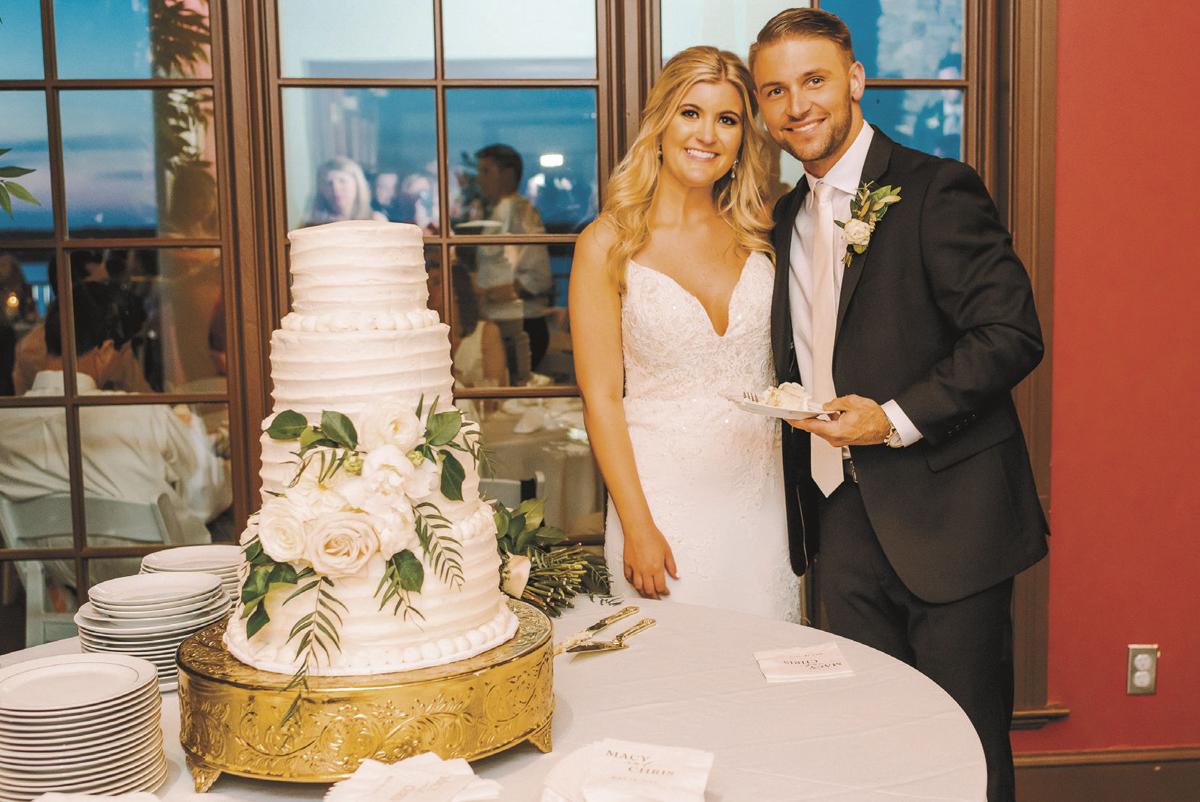 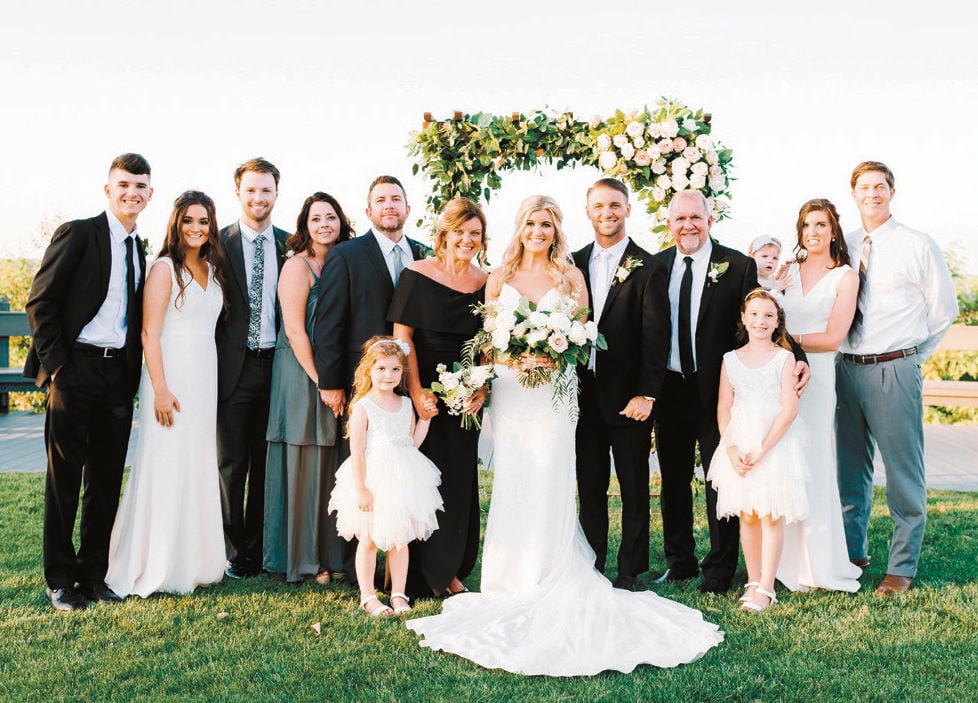 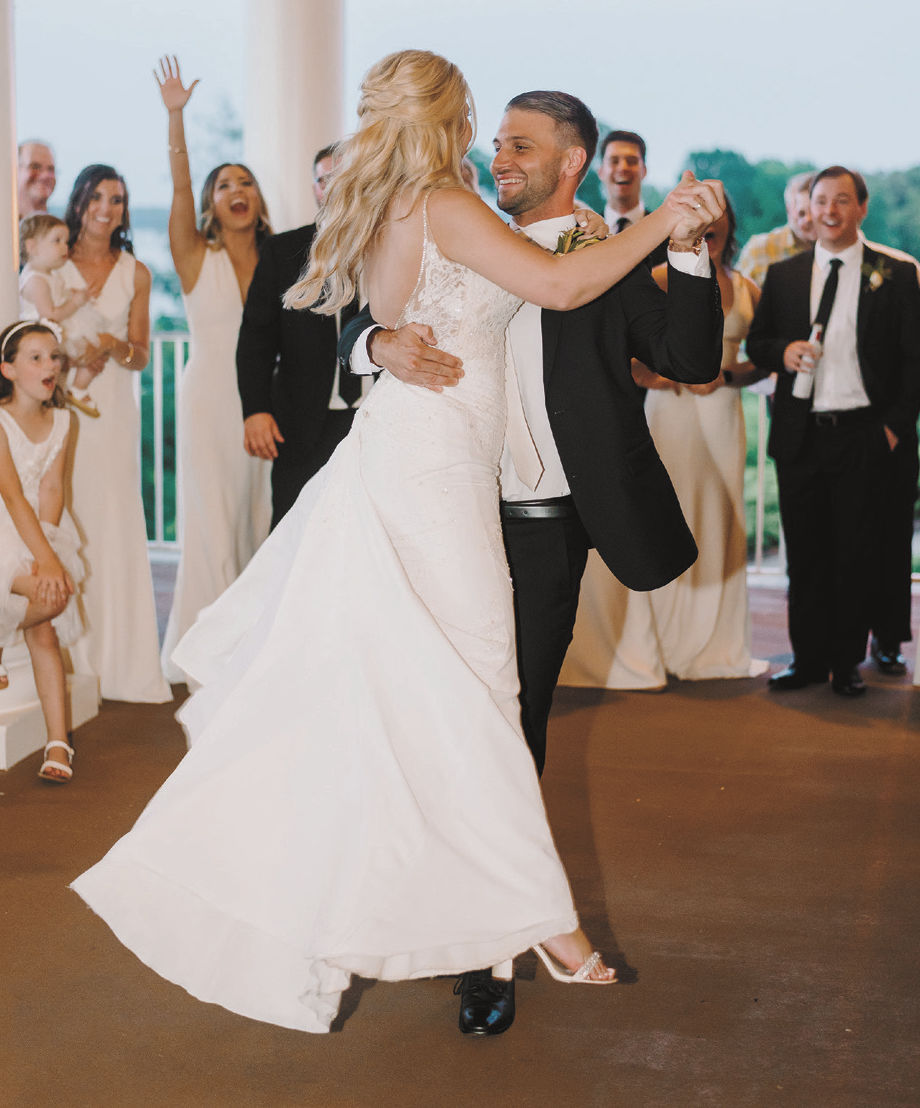 Macy Bowling and Chris Littrell were married May 18, 2019 at 6:00 in the evening at Robert Trent Jones of the Shoals. The beautiful outdoor ceremony was officiated by Caleb Chambers. A reception followed at the RTJ club house.

The bride is the daughter of David and Mary Bowling of Florence. She is the granddaughter of the

late Wilburn and Verna Thorne and the late James and Ann Bowling.

The groom is the son of Randall and Nancy Littrell of Florence. He is the grandson of the late Randall

and Ann Littrell and the late Fred and Opal Gambrell.

The bride was escorted by her father. She chose a Enzoani Karter full length mermaid gown featuring

Matron of honor was Leah Morrissey, sister of the bride, maids of honor were Emily Collum and Sarah Taylor Quillen, friends of the bride. Bridesmaids were Emma Bowling, Kelly Fuller, Ann Burton

from Bella’s in Birmingham.

Wedding directors were Mary Bowling, mother of the bride; Mary F. Bowling, sister-in-law of the bride; and Christine Minor of RTJ. Floral designer was Kaitlin Richardson of Forever Wild Floral Company. Music for the ceremony and the reception was provided by Emerald Empire Band. Robert Trent Jones of the Shoals catered the reception. The bride and groom’s cakes were made by Wendy Weeks. Hair stylist and make-up artist was Natalie Moore. Photographer was Kristen Pugh of Be Light Photography and videographer was Awaken Films. Other special helpers were Janey and Easton Rohling, surprise shakers. Invitations and other paper products were provided by Printers and Stationers, Inc. Antique car chauffeur was Bill Lovelace.

A bridesmaid luncheon was given at the home of Jennifer Collum, hosted by Jennifer Collum, Regina Quillen, and Danielle Elliott.The Women’s Ministry at Woodmont Baptist Church presented the bride with a Bible to begin her new life as a wife. It was presented by Charlotte Cramer.

The couple took private dance lessons from Michael Rodie. At the reception Chris and Macy danced a modified fox trot and waltz with lifts to “From This Moment” by Shania Twain and Bryan White. Chris and his mom, Nancy, danced a waltz to “Valentine” by Martina McBride and Jim Brickman. Macy and her dad, David, danced a fox trot to “Find Your Wings” by Mark Harris.`

After a honeymoon at Sandals Royal Barbados, the couple is now residing in Florence.

Photos by Be Light Photography

Sorry, there are no recent results for popular articles.