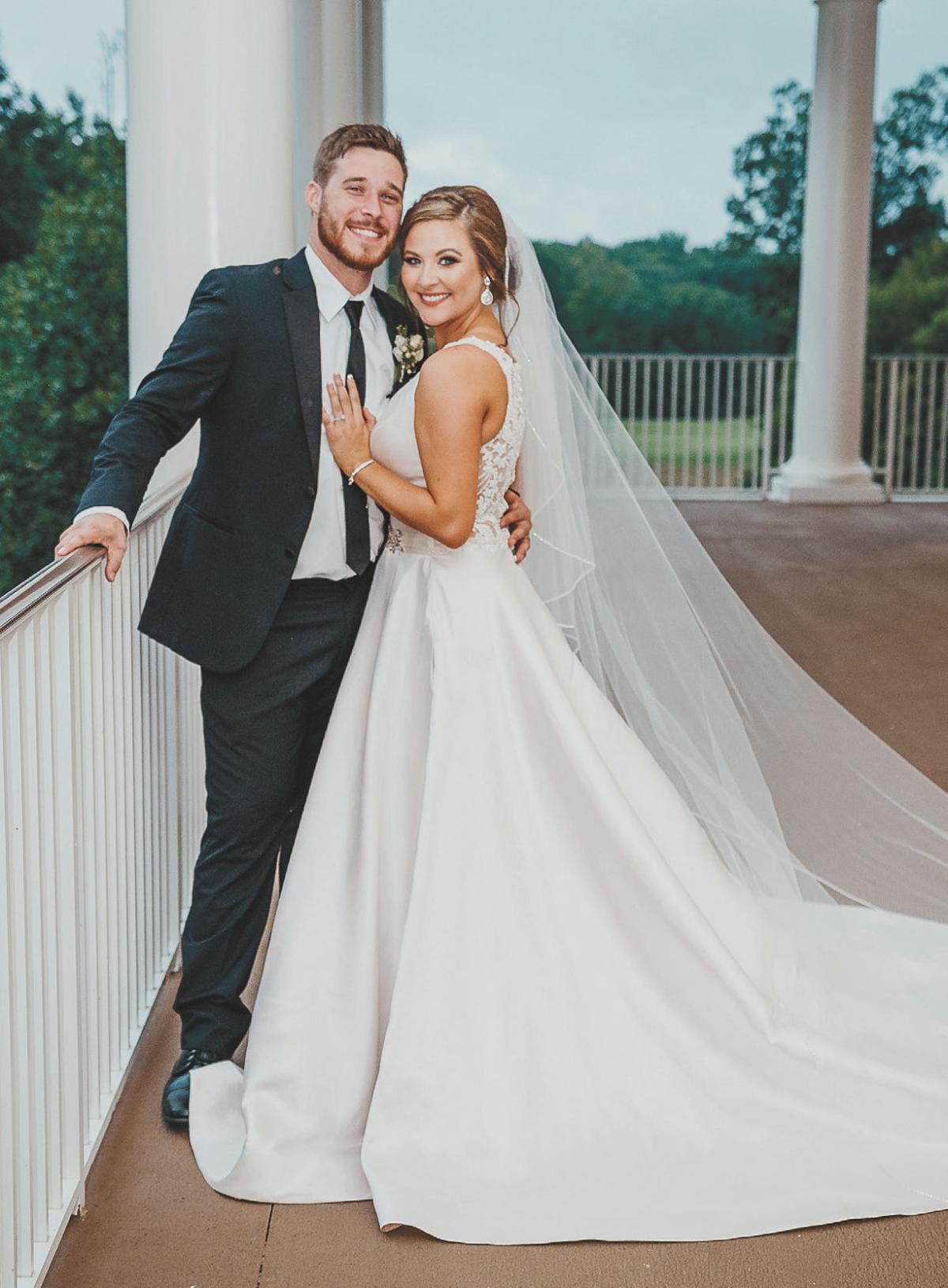 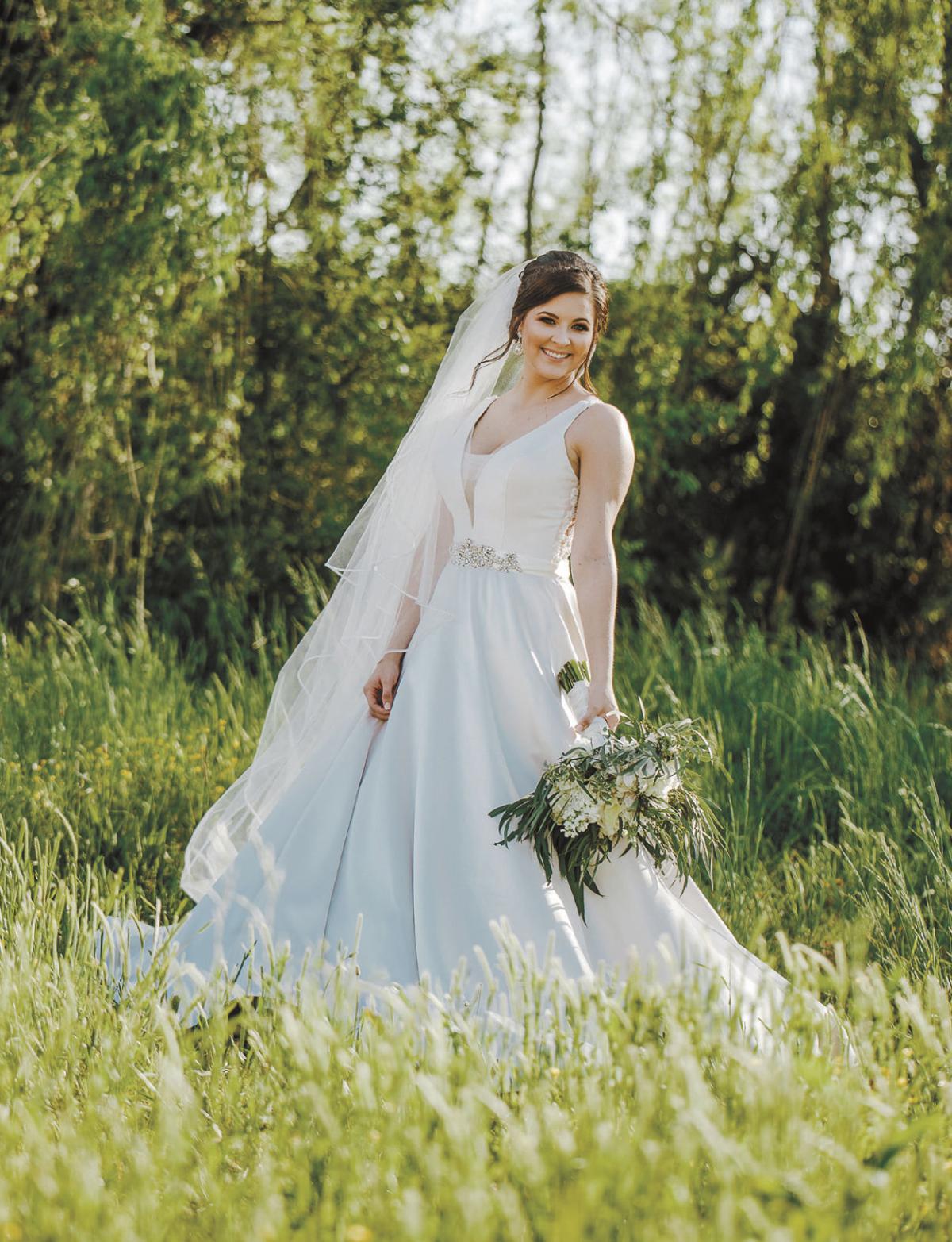 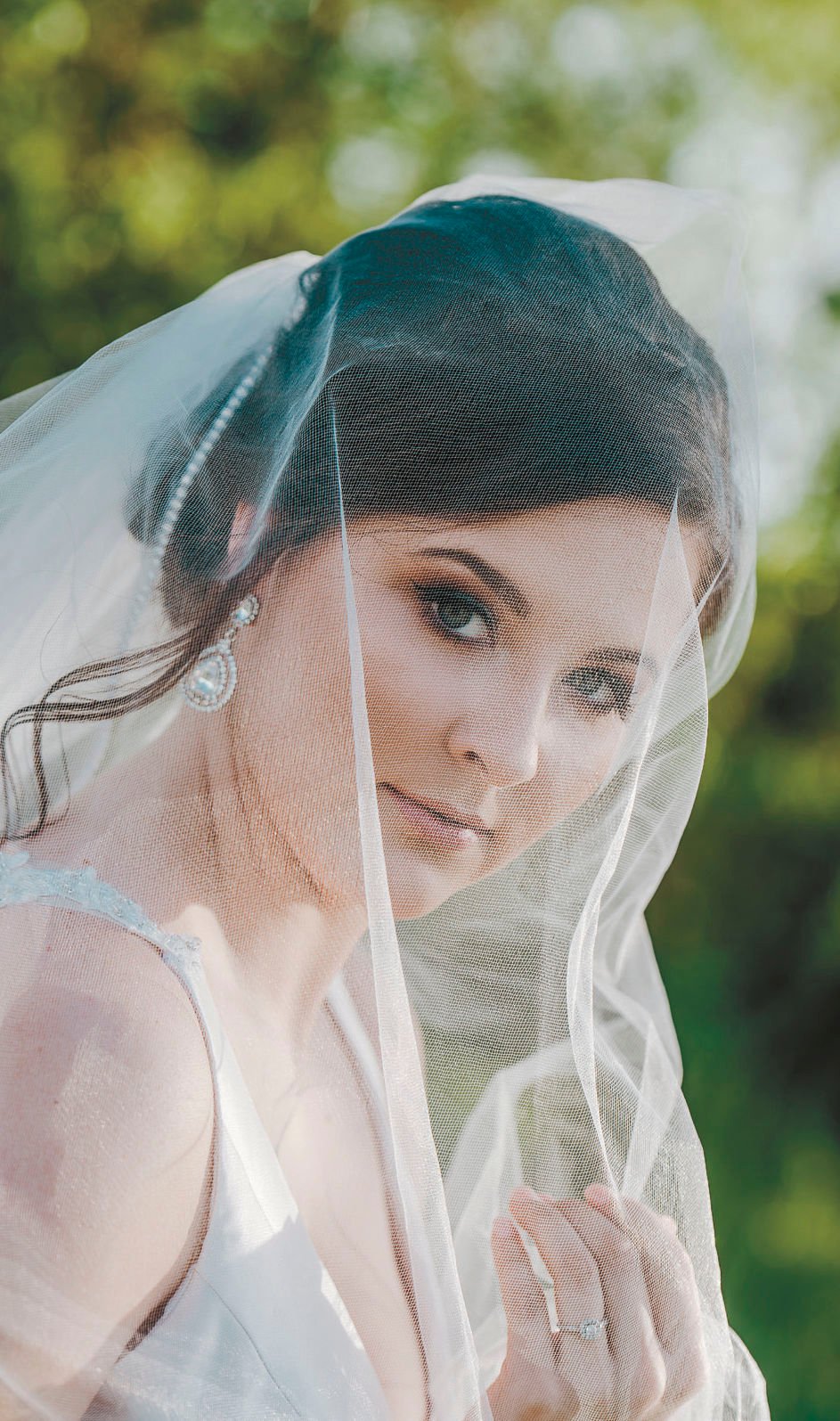 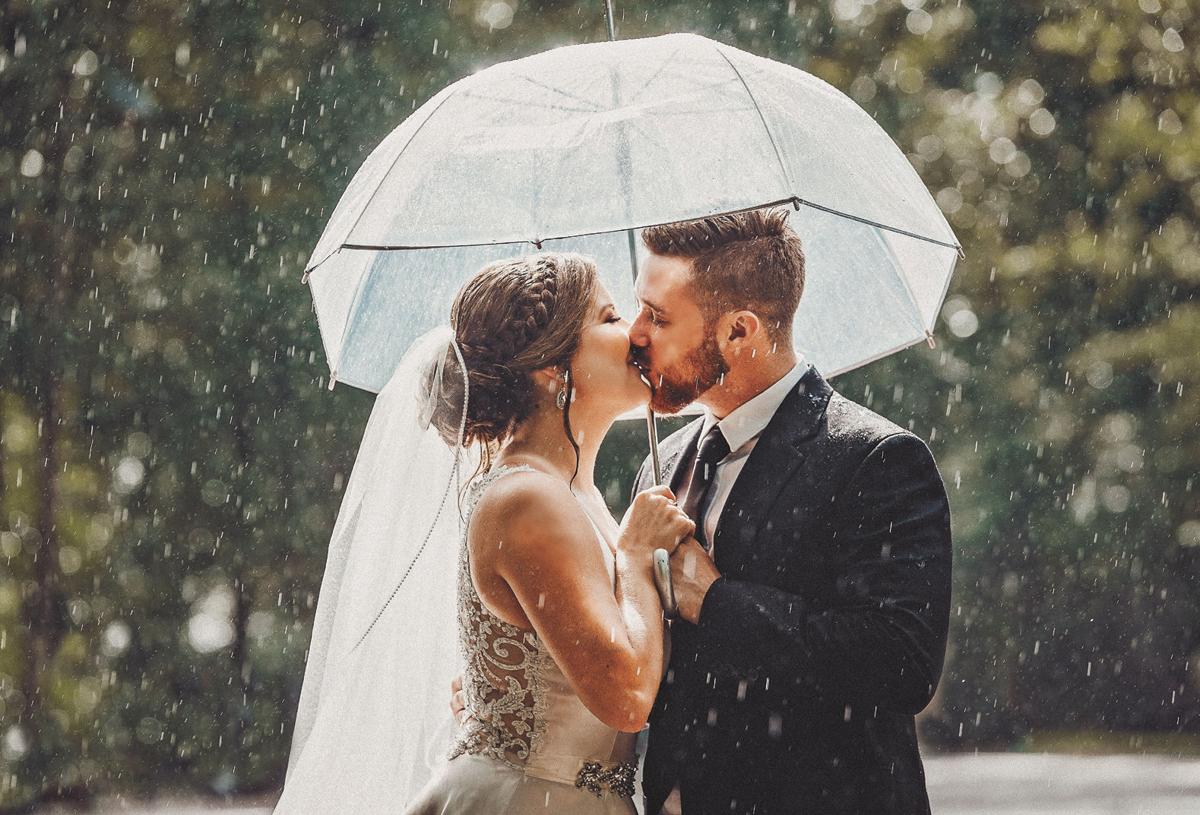 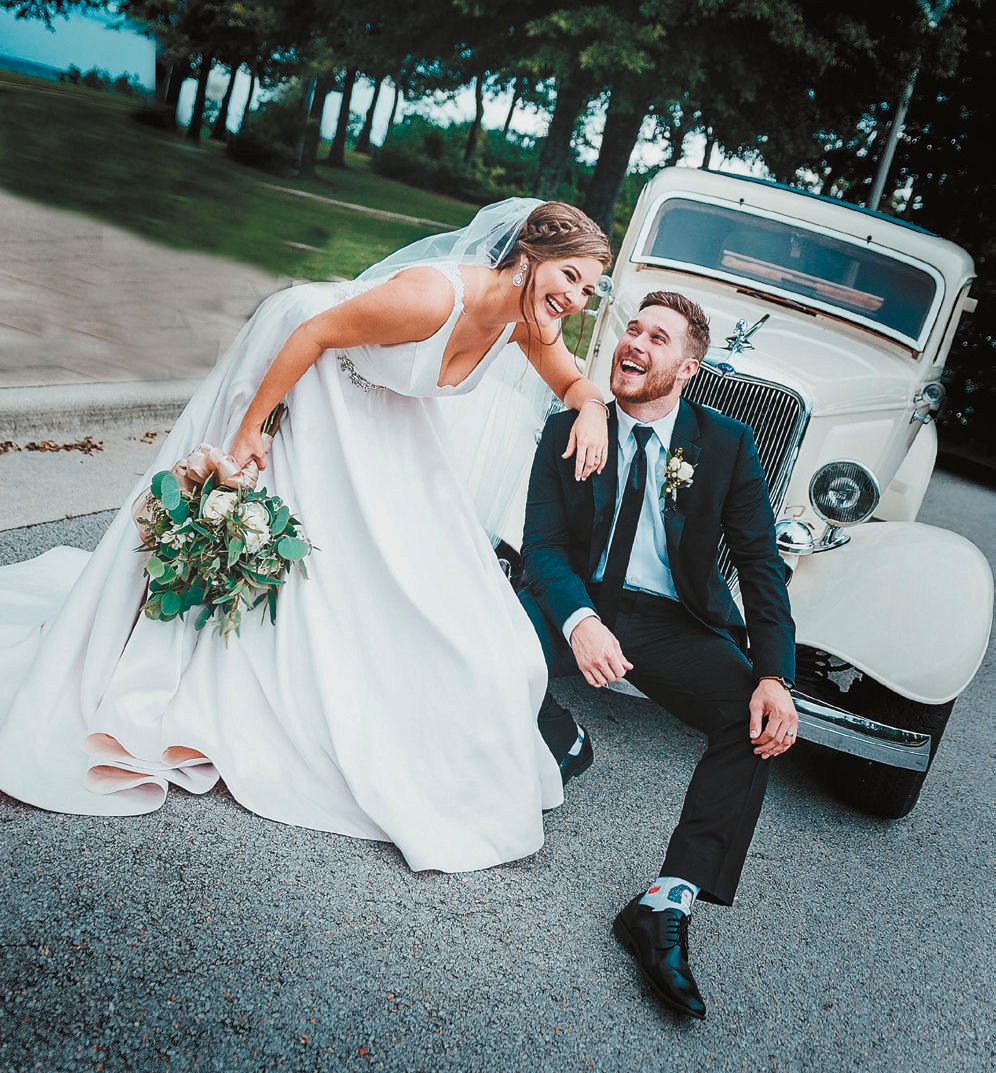 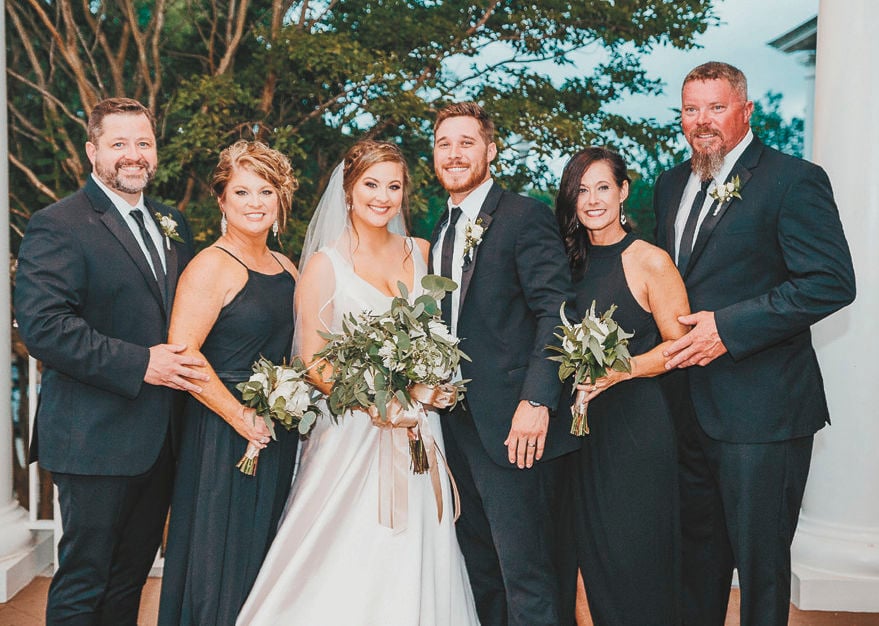 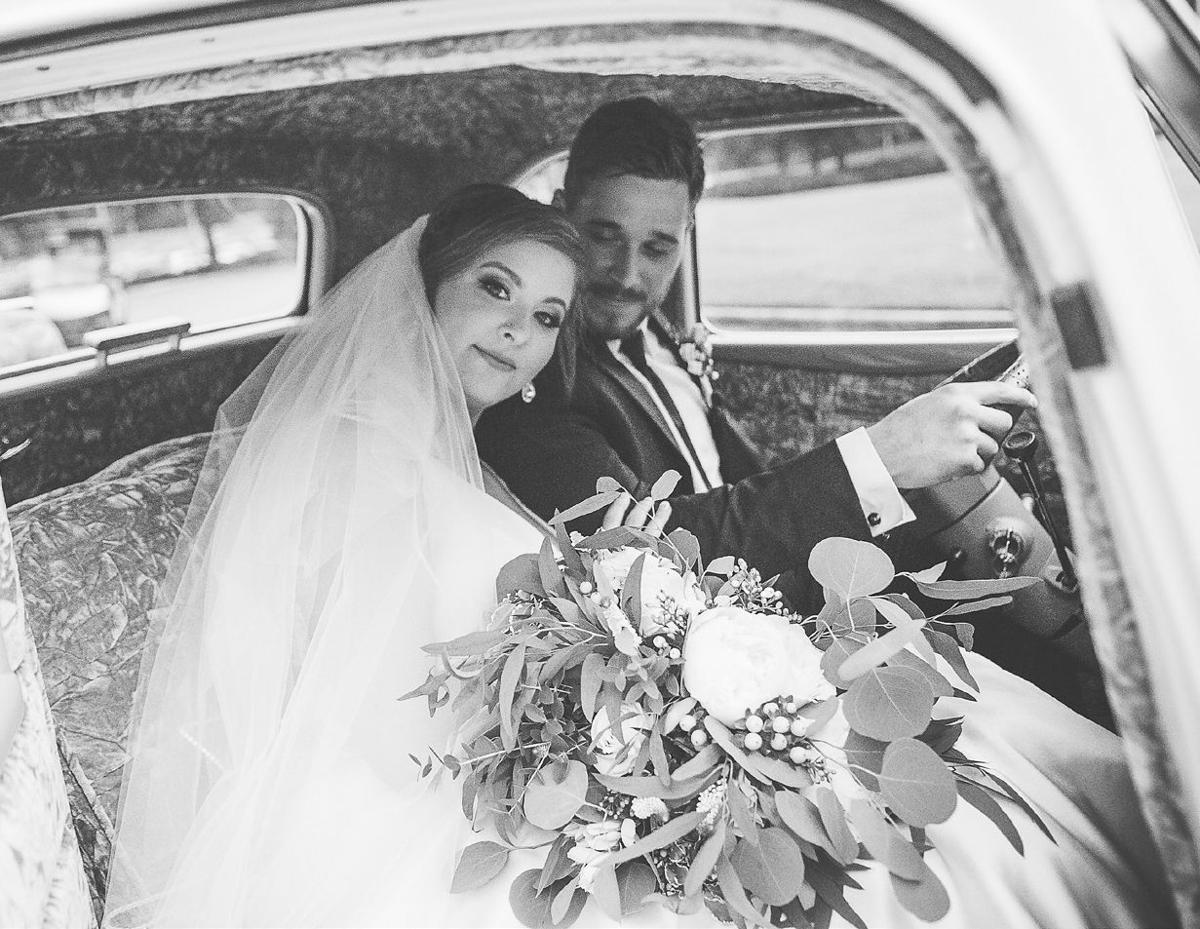 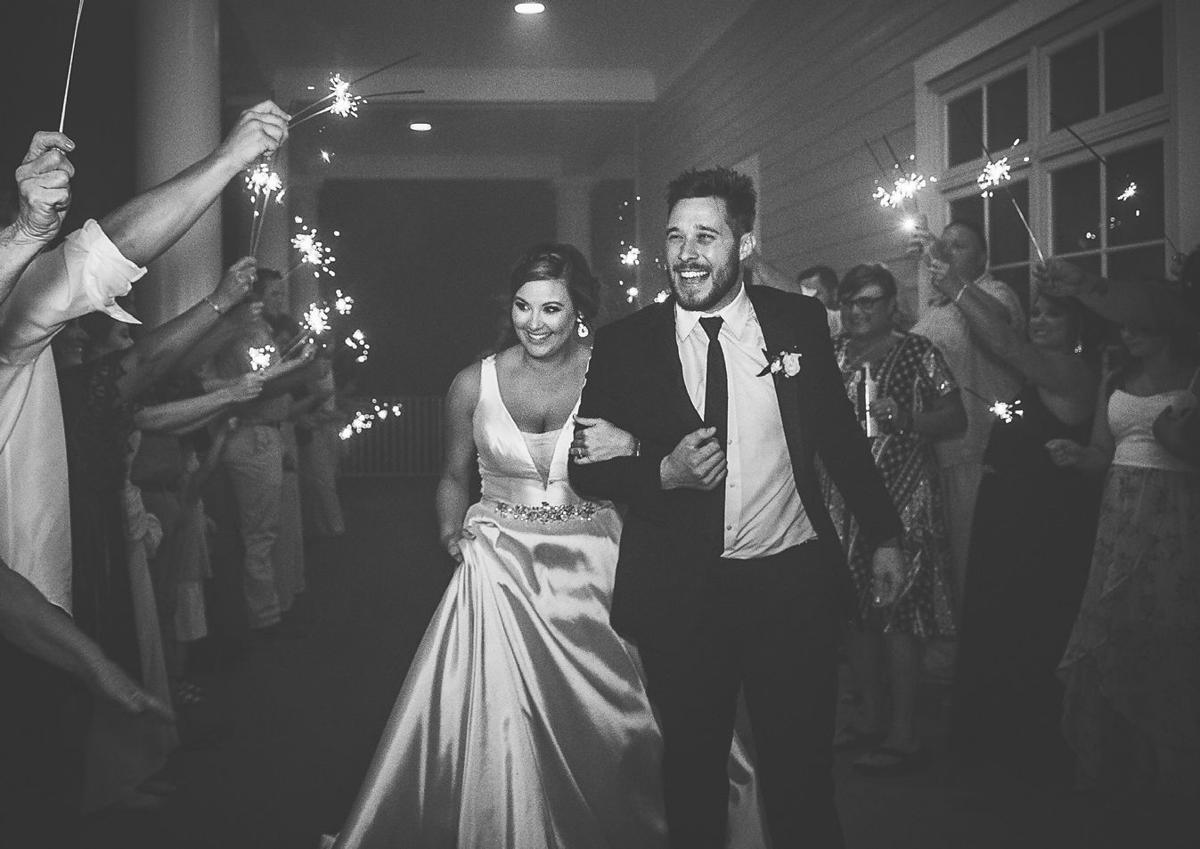 Kennedy Palmer and Dylan Montgomery were married June 22, 2019 at 6:00 in the evening at Robert Trent Jones Golf Trail of the Shoals. Josh Kelley officiated the ceremony and the reception followed at RTJ.

The bride is the daughter of Tim and Mendy Palmer of Tuscumbia. She is the granddaughter of Abby and Gary Keith of Muscle Shoals, Ron and Lavonya Palmer of Olive Branch, Miss., and Diane Ballard of Hamilton.

As a little girl I was obsessed with Cinderella. For my seventh birthday, my dad surprised me with a trip to Disney World to have dinner with Cinderella, with my very own Cinderella dress. We would often play tea party, and he would take me to “balls” in our living room, all while wearing my new Cinderella dress of course. Thankfully I kept the dress all these years, and my seamstress (Savannah Lyles) was able to cut out a piece of my old Cinderella dress and sew it into my wedding dress as my something blue, and a reminder to my dad that I would always be his “Cinderella girl”. We started the reception with the father-daughter dance to the song “Cinderella” by Steven Curtis Champman.

Wedding director was Lauren Boston. Floral designer was Chase Sparks of Russellville Florist. Caterer was Robert Trent Jones of the Shoals, and Judy Howard of Singing River Sweets made the wedding cake and groom’s cake. Entertaining guests at the reception was DJ Jammin’ Jeff. Hair stylist and make-up artist was Bethany Mansell. Photographer was Heather Sherrill of Create Portraiture and videographer was Byron Hellums with FPP Films. Special thanks to Christine Minor, director of events at Robert Trent Jones, and all other staff members who prepared the venue.

After a honeymoon at Sandals Resort in Ocho Rios, Jamaica, the couple is now residing in Tuscumbia.