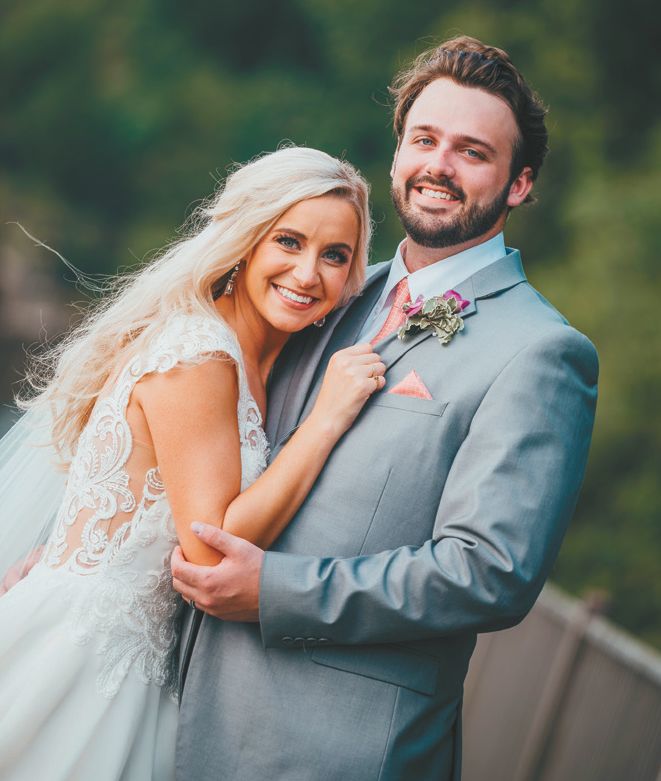 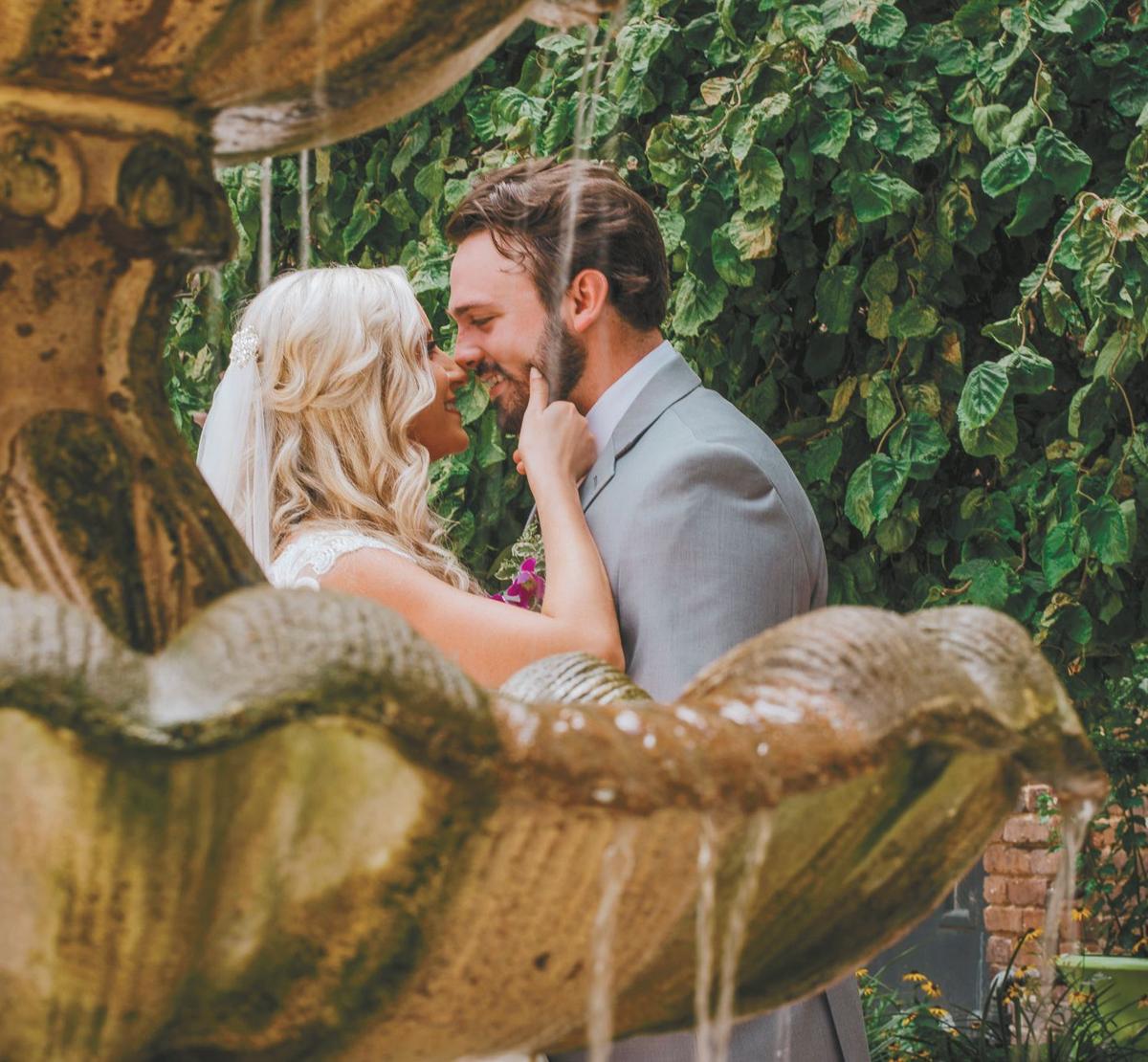 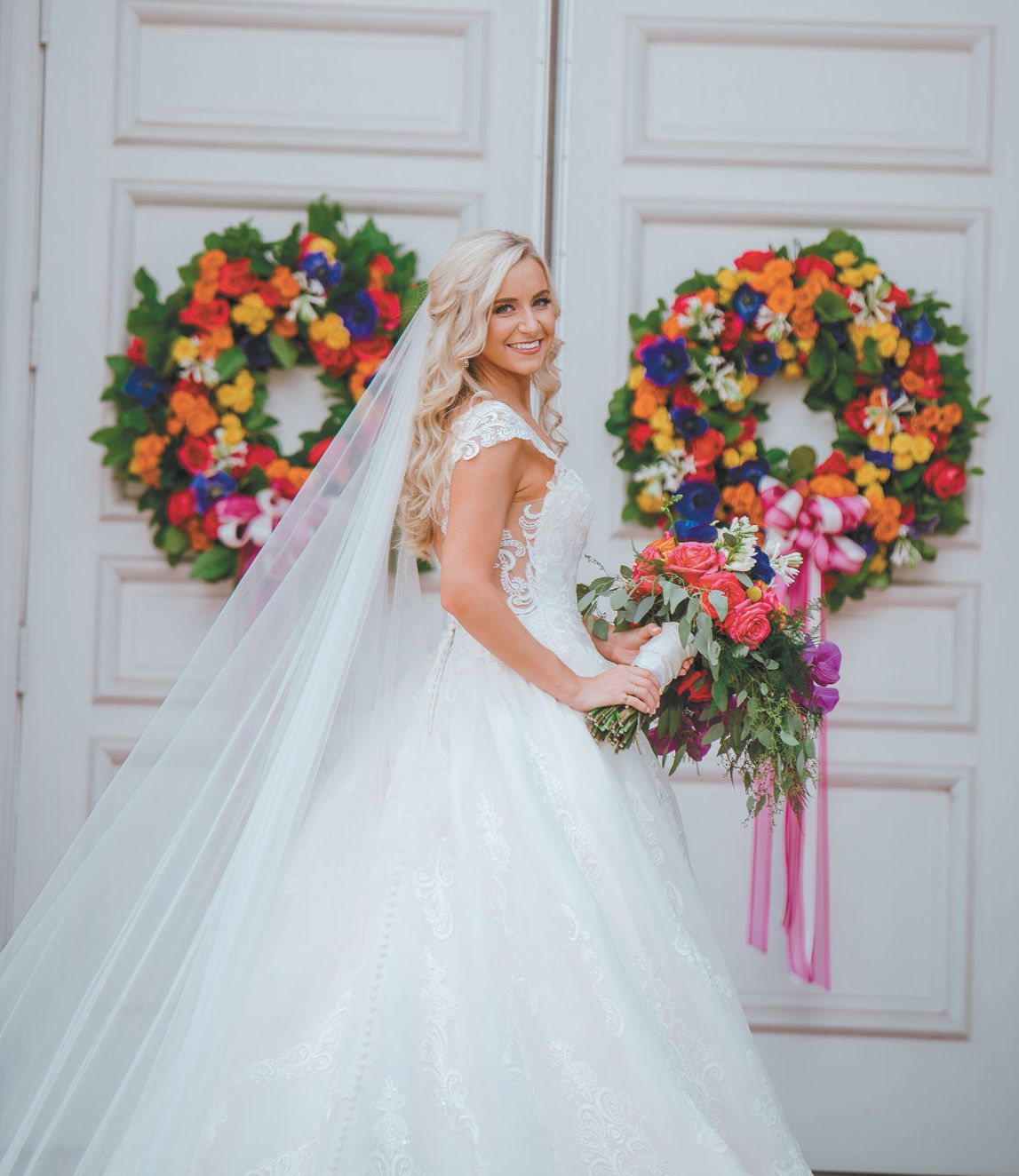 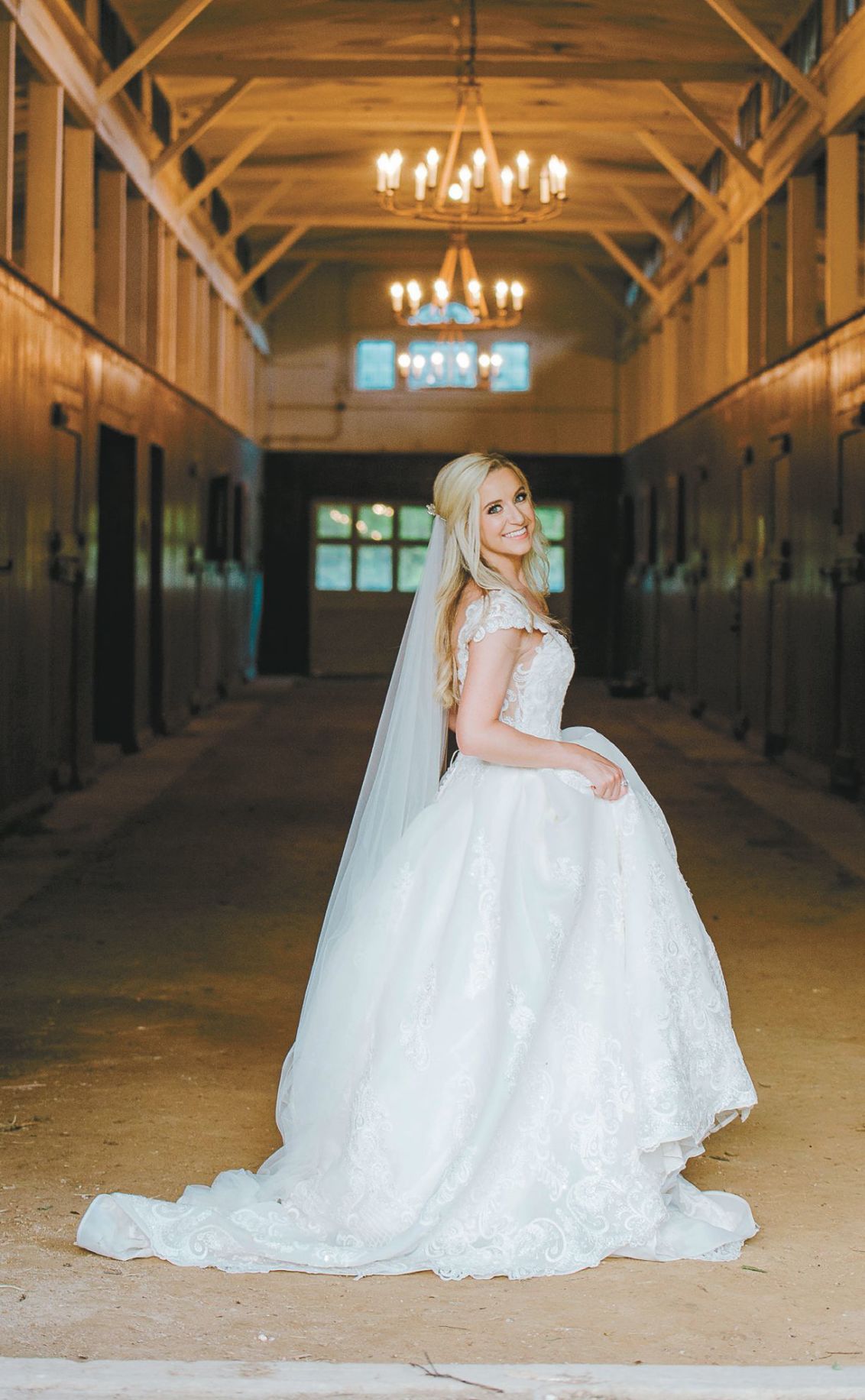 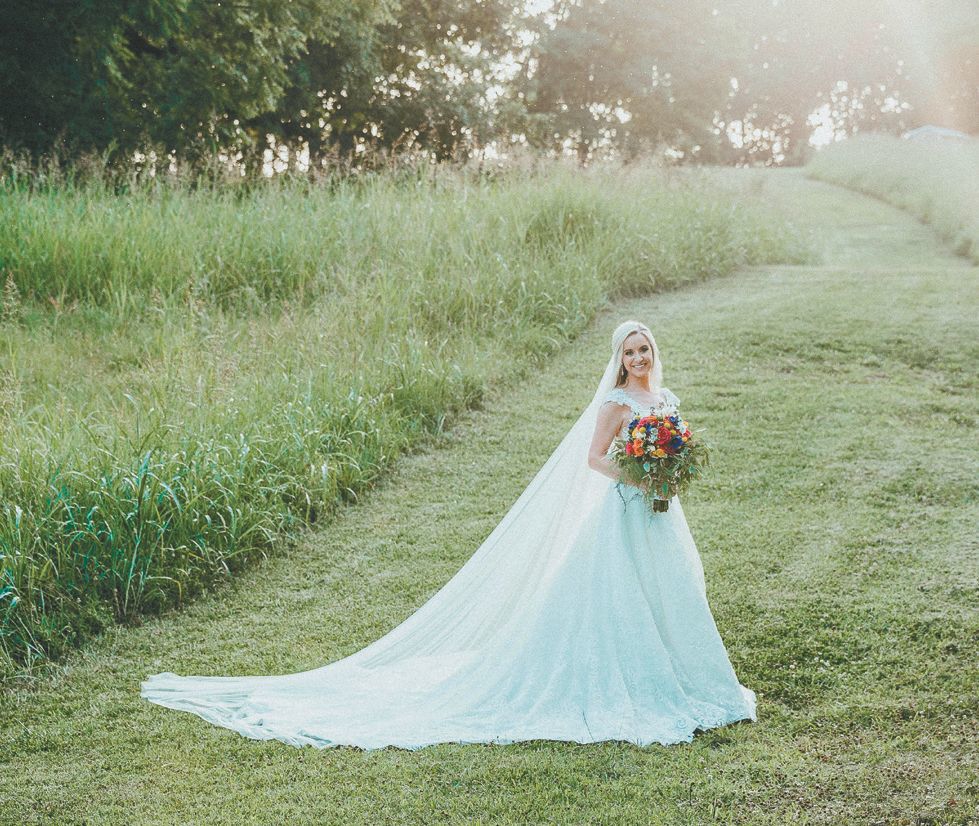 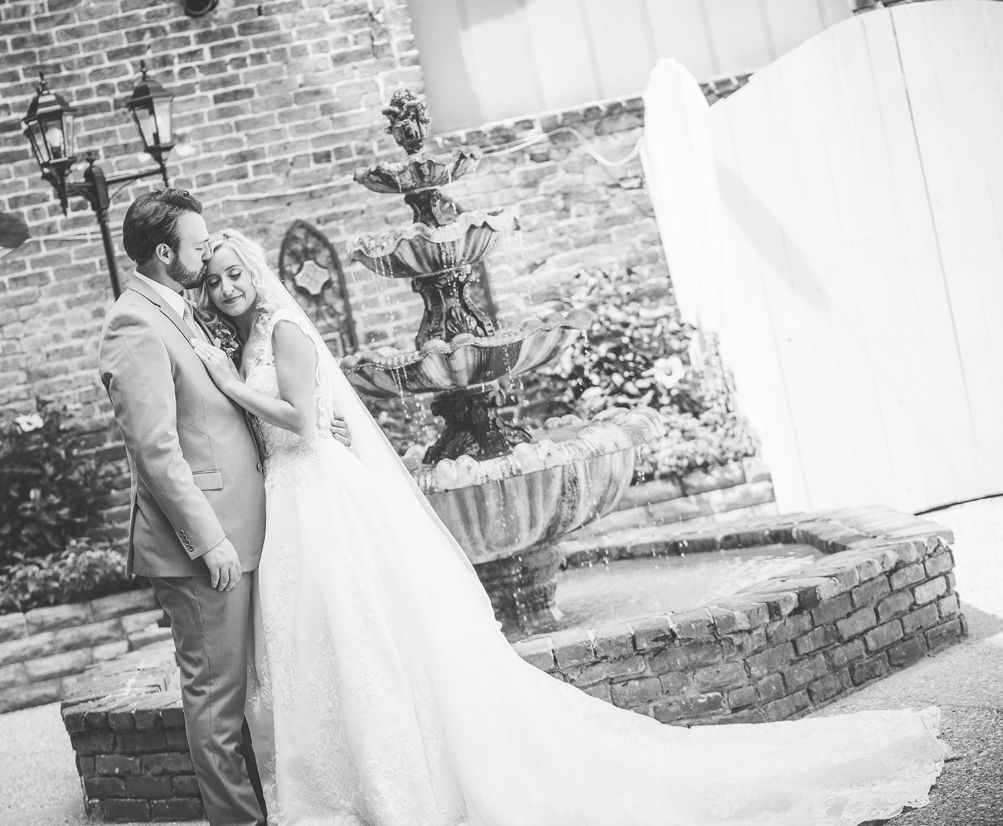 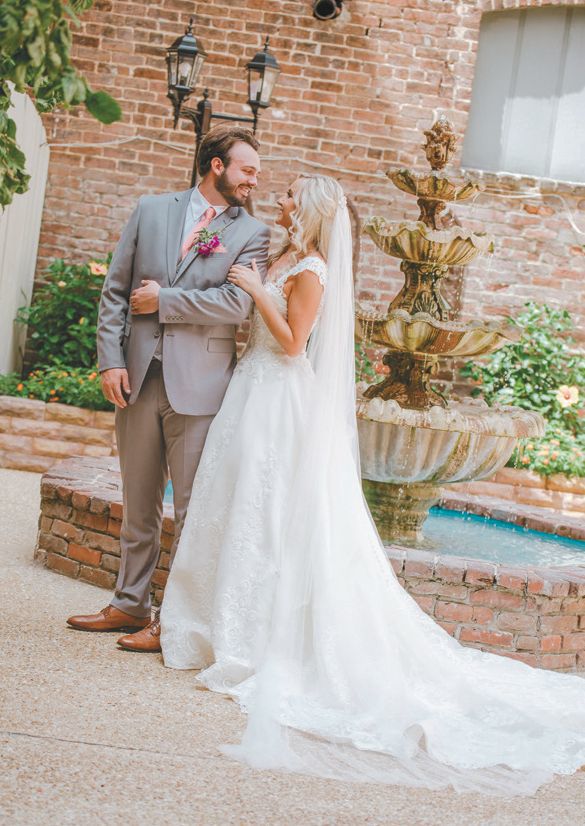 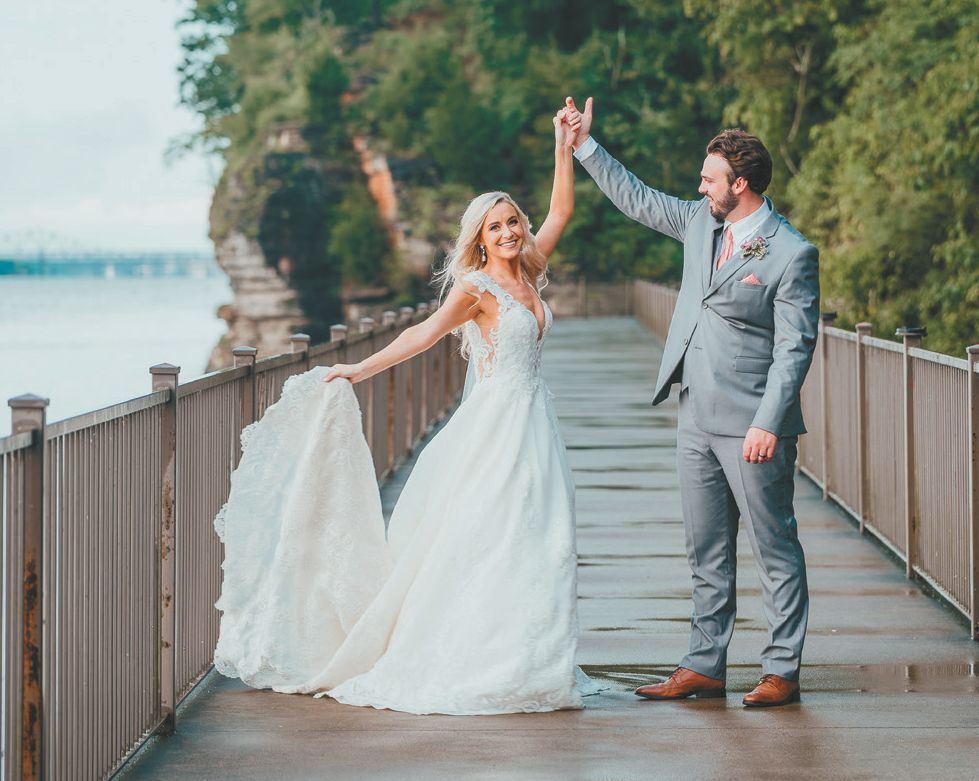 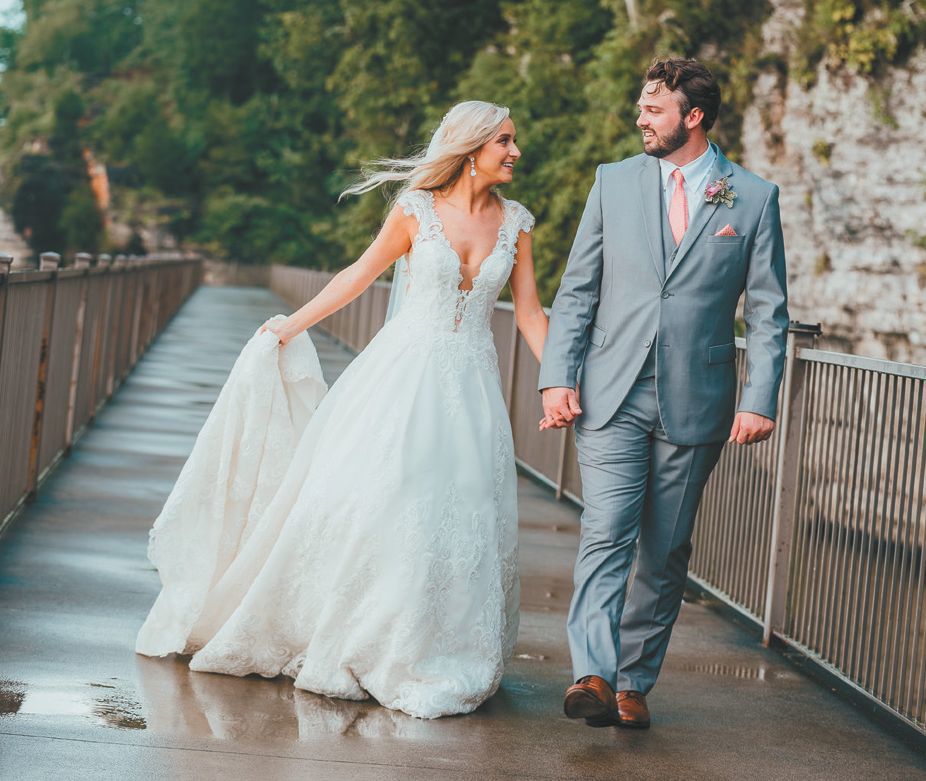 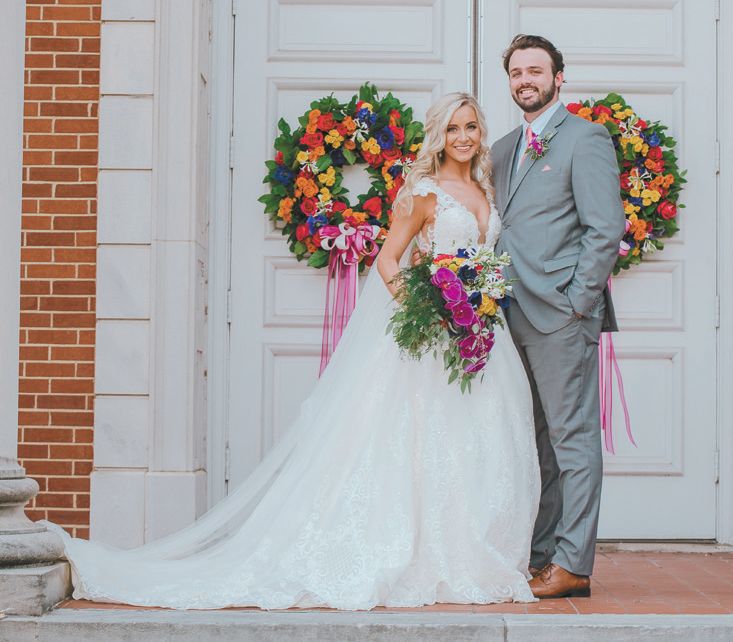 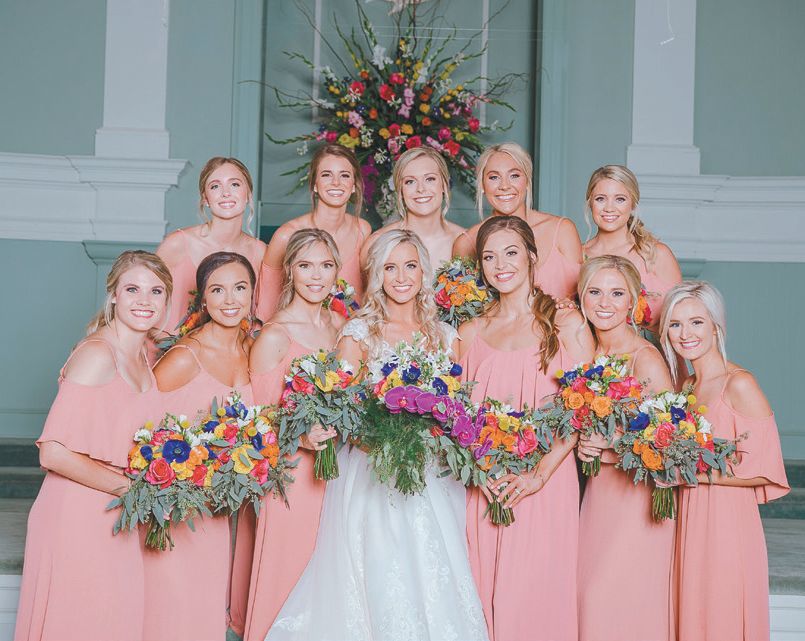 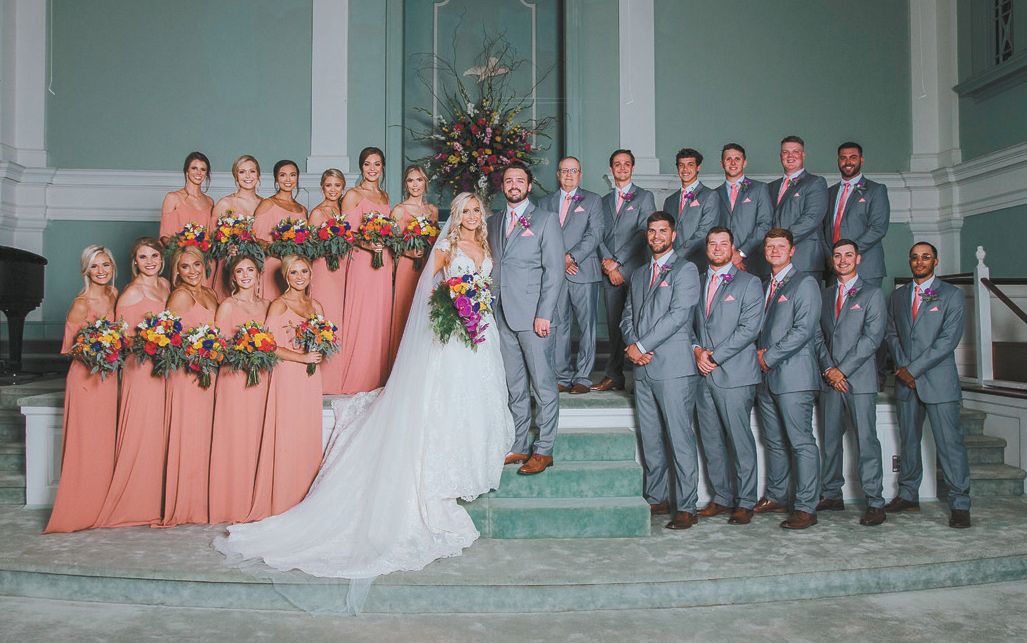 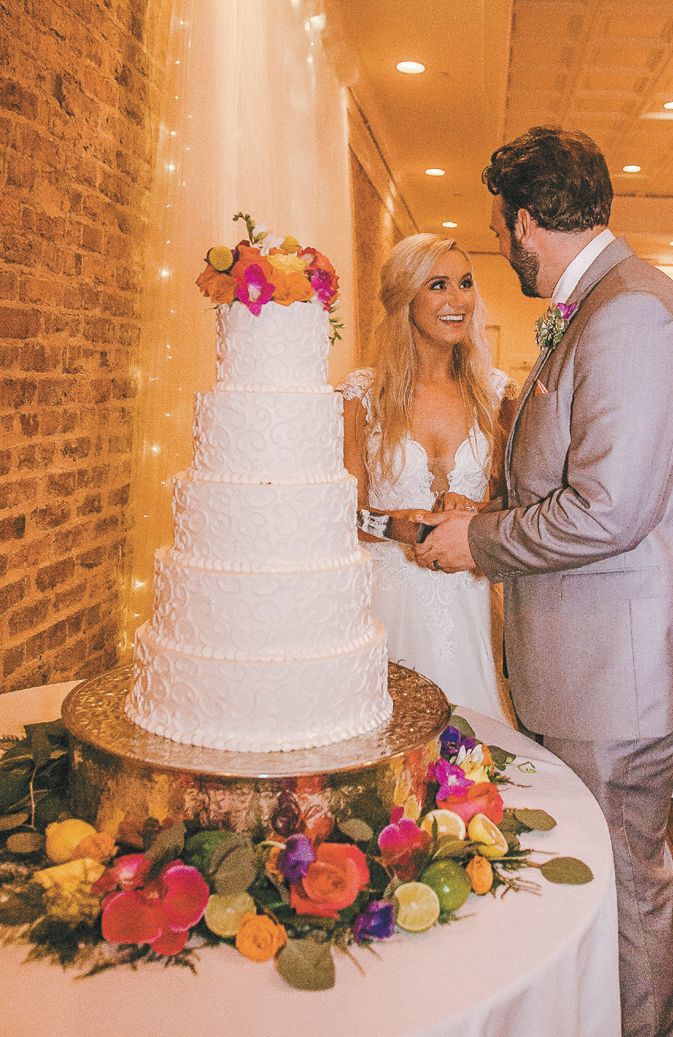 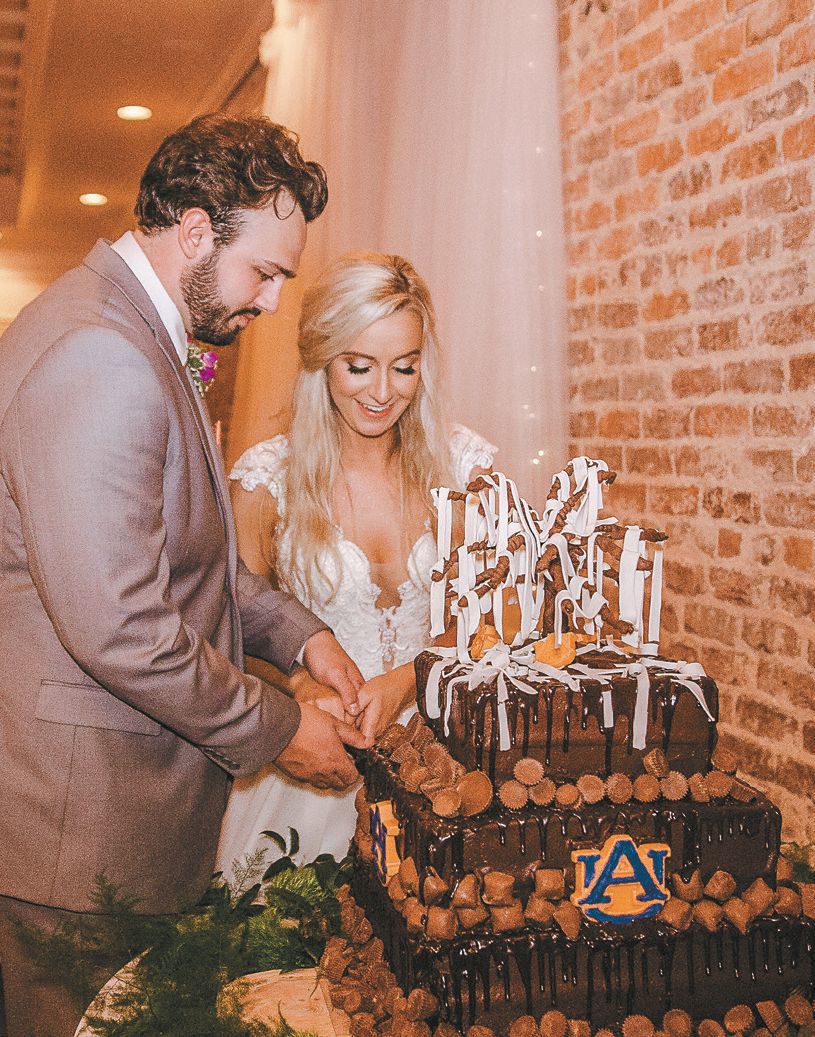 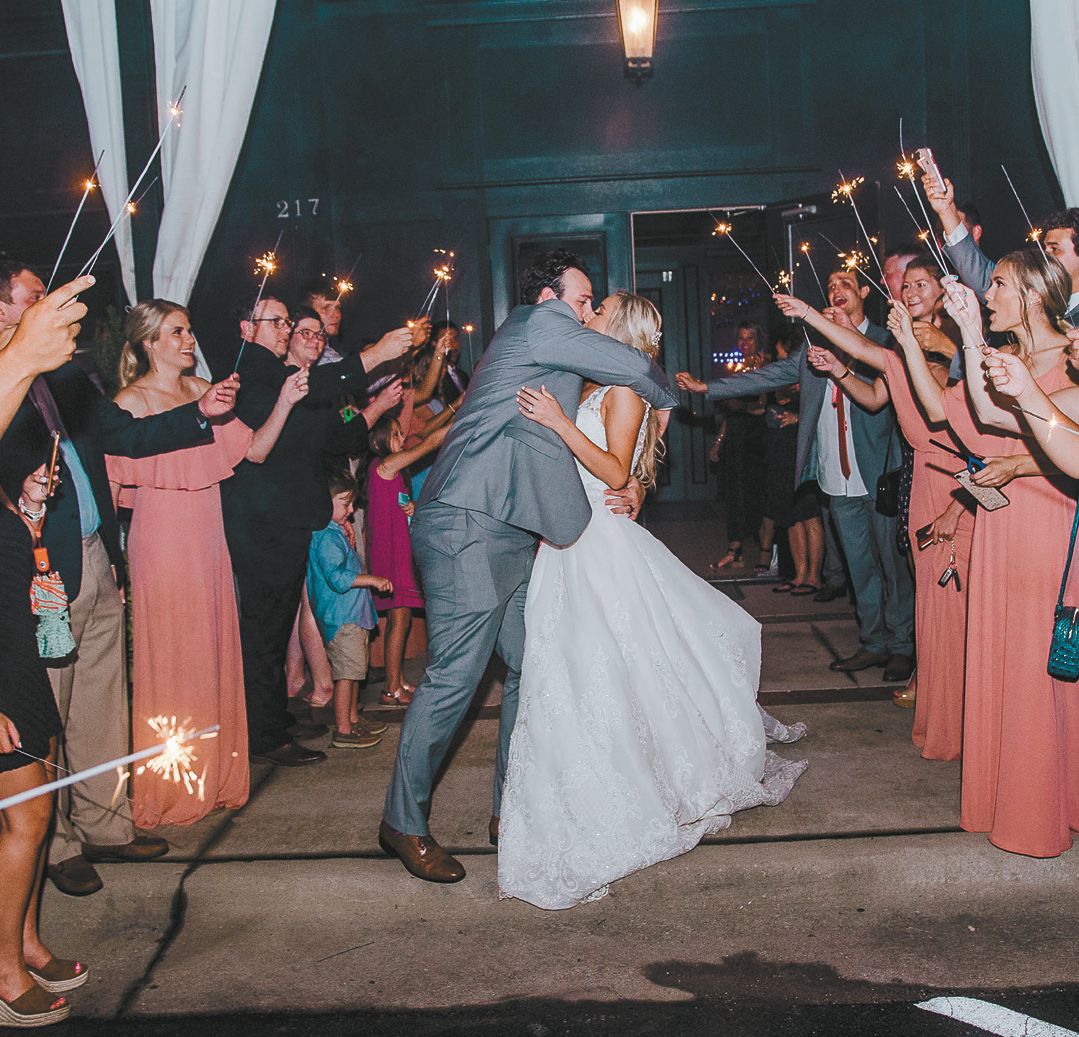 Jack and I got engaged at Montgomery Place in Sheffield on Friday, November 16, 2018. Jack chose to propose at Montgomery Place because it’s owned by his parents and it’s a place where he has many great memories. He proposed in front of the beautiful fountain in the courtyard, so we chose to have our first look in the same spot on our wedding day. Montgomery Place is also where we had several special showers and our rehearsal dinner.

Our wedding day was absolutely perfect and it wouldn’t have been possible without all our amazing vendors. Seriously, these people turned into family over the few months we had the privelege to work with them. I am so grateful for all the family, friends, and vendors that helped make our day so wonderful!

Erin Masterson and Jack Singletary were married July 20, 2019 at 6:00 in the evening at First Baptist Church in Sheffield with Marty Vandiver officiating. The reception was held at George’s 217 in Sheffield following the ceremony.

The groom is the son of Leon and Kim Singletary of Florence. He is the grandson of Charlie and Carolyn Huffstatler of New Albany, Miss., and Patsy Singletary and the late Leon Gilbert Singletary, Jr. of Killen.

The bride was escorted by her father. She wore a beautiful white lace Justin Alexander gown from The Something Blue Shoppe.

Wedding director was Kelli Brown. Floral designer was Chase Sparks of Russellville Florist. Catering the reception at George’s 217 was Southern Skillet Catering. Laura Smith made the wedding cake and Shelly Douglas made the groom’s cake. Entertaining guests at the reception was Gus Spears of Universal Events. Hair stylist was Lindsey Robinson of Halo Hair Salon and make-up artist was Corey Nichols of Makeupbycorey. Photographer was Heather Sherrill of Create Portraiture and videographer was Hunter Nicholson of Nicholson Creative.

The couple spent their honeymoon at Secrets Cap Cana in Punta Cana, Dominican Republic, and are now residing in Huntsville.